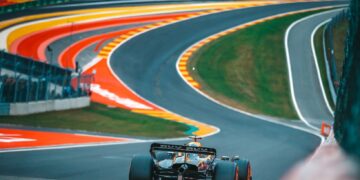 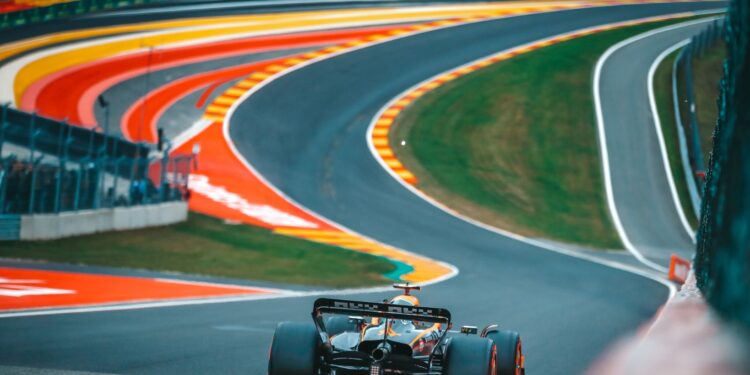 Belgian Grand Prix – With penalties aplenty raining down on the grid, how qualifying finished and how the grid will line up don’t look overly similar.

On Friday there was a rake of penalties handed out by the stewards as multiple drivers had had power unit and gearbox parts changed by their teams. Saturday also saw some of those already penalised as well as others make additional changes meaning that there would be six drivers who would be required to start from the back for the Grand Prix with grid place drops for others.

With such long seasons added to the fact that there are such limited numbers of component changes allowed before penalties come into the picture, changes must be made strategically. Since Spa is a track where overtaking is very possible, it’s no surprise that it was chosen by the majority of teams to be a good place to take the penalty hit and fight back through the pack with fresh parts on board.

With Max Verstappen, Charles Leclerc, Esteban Ocon, Lando Norris, Zhou Guanyu and Mick Schumacher all being required to start from the back of the grid, the order with which they are required to do so was decided by how they finished qualifying. Valtteri Bottas managed to avoid a back of the grid penalty and was instead handed multiple grid place drops and so, despite that, he actually makes up positions having ended qualifying in P20 and will now start the Grand Prix from P14.

While Verstappen dominated in qualifying, the only driver to set a time in the 1:43s as he took P1 over six tenths ahead of Carlos Sainz. With the reigning champion’s penalty sending him back to P15, Sainz will inherit the pole while Sergio Perez, in the other Red Bull, is set to start alongside him on the front row.

With the pace the Dutchman has shown so far this weekend Verstappen, and his competitors, all expect him to move through the field swiftly and be in the fight for the podium positions in the race.

“I think with the pace we have in the car, I want to move forward, and I want to be at least on the podium,” Verstappen said after qualifying. “I mean survive Lap 1 – that’s the most important. Then after that I need to pass a few cars before of course you get into a competitive position. I mean, it’s a bit like Hungary [where he started P10 after power issues in Q3] as well. Of course we’re a bit further back now, but the basics are the same.”

Update: With AlphaTauri replacing multiple power unit components on Yuki Tsunoda’s car after qualifying and without approval from Jo Bauer, the FIA Technical Delegate, the Japanese driver will now have to start from the pit lane instead of P13.