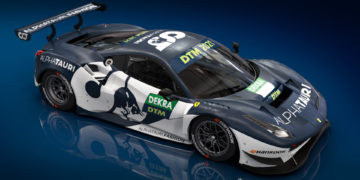 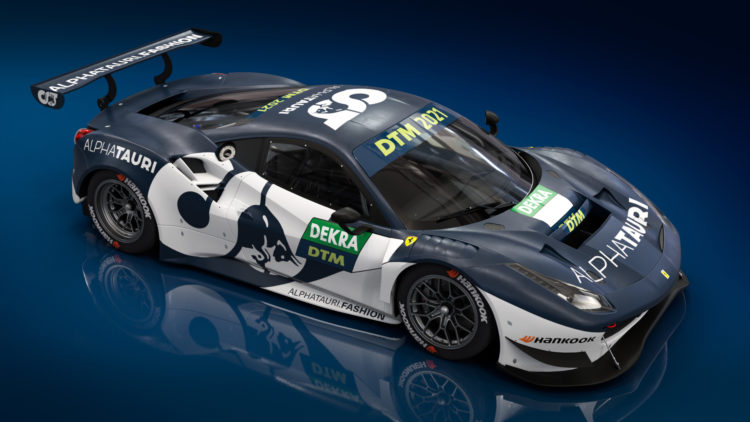 Alex Albon will be driving one of the two Red Bull-entered Ferrari 488 EVOs in this year’s DTM series, as a part-time entry. Having lost his seat with the Red Bull Racing Formula 1 team for 2021, demoted to a reserve role with the F1 team, Alex Albon has been handed a racing lifeline. Red Bull are entering the new-look DTM in 2021, running two cars in the GT3 class.

Red Bill will field two Ferrari 488 EVOs this season, with both cars liveried to reflect their Formula 1 efforts. The fulltime car looks similar to the Red Bull Racing livery, and will be driven by New Zealander Liam Lawson – the Kiwi also being part of the Red Bull Junior Programme, and also racing in Formula 2 this season.

The second car will be shared by Albon and Nick Cassidy, with both on a part-time schedule to work around their other motorsport duties – Albon in Formula 1, and Nick Cassidy in Formula E with Virgin. The car this pair will race will be emblazoned in Alpha Tauri colours.

The cars will be prepared by AF Corse, with the 488 being one of the most successful Ferrari racers. It has taken 355 victories, 640 podiums and 91 championships across 636 races around the world since 2016.

“DTM is a great series with highly talented drivers in the field and exciting racing,” said Albon, upon confirmation of his 2021 drive. “I’ve only driven a ‘tin top’ once back in 2015 when I was nominated for the Autosport BRDC Young Driver award, and they’re really different to single seaters. There’s a lot less downforce and the tyres are very different, so it requires a different kind of driving style. It will take a bit of time to get used to, but I’m looking forward to a new racing challenge when I’m available outside of my existing F1 commitments.”

The new regulations for the DTM are expected to help bring in more manufacturers, albeit with private teams. There will be eight race weekends in 2021, four in Germany and four elsewhere in Europe. Each event consists of two sprint races of 55 minutes plus one lap, with new rules including a switch from standing starts to a rolling, double-file start.