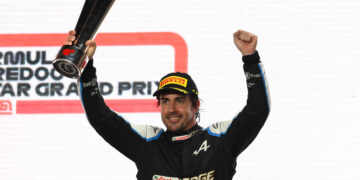 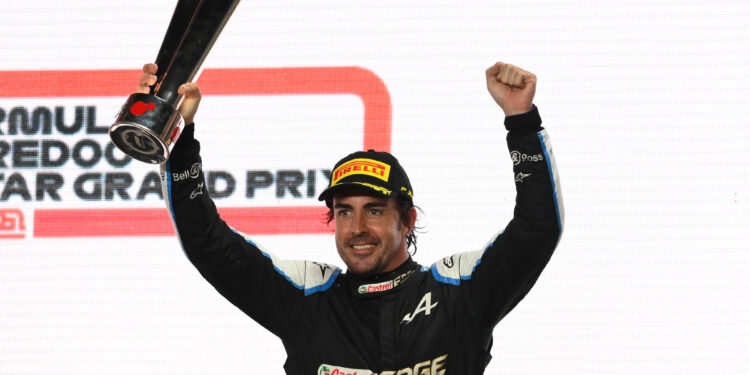 Just days after Sebastian Vettel announced his retirement and Aston Martin have already secured another multiple world champion to replace him next year.


After a two year break where he drove and won the World Endurance Championship, including two wins at the 24 Hours of Le Mans, as well as competing in the Indy 500 and the Dakar Rally, Fernando Alonso made his return to Formula 1 in 2021 with the Alpine team on a two year contract which he will now not be renewing.

“This Aston Martin team is clearly applying the energy and commitment to win,” Alonso said about his decision to sign with the British team, “and it is therefore one of the most exciting teams in Formula One today.

“I have known Lawrence and Lance [Stroll] for many years and it is very obvious that they have the ambition and passion to succeed in Formula One. I have watched as the team has systematically attracted great people with winning pedigrees, and I have become aware of the huge commitment to new facilities and resources at Silverstone.”

In his first season back, 2021, as well as getting his first F1 podium since 2014 at the Qatar Grand Prix, Alonso was instrumental in securing the team and Esteban Ocon’s debut win at the Hungarian Grand Prix when he held back Lewis Hamilton for eleven laps ensuring that the Mercedes driver was unable to reach Ocon before the chequered flag.

“No one in Formula One today is demonstrating a greater vision and absolute commitment to winning,” the double World Champion continued, “and that makes it a really exciting opportunity for me. I still have the hunger and ambition to fight to be at the front, and I want to be part of an organisation that is committed to learn, develop and succeed.

“We all appreciate that there is much to be done to get to the front, and that we must apply all our energies in working together to find performance. The passion and desire to perform that I have witnessed convince me to maintain my enjoyment and commitment to the sport. I intend to win again in this sport and therefore I have to take the opportunities that feel right to me.”

Alonso, who turned 41 last week, made his Formula 1 debut with the Minardi team in 2001 and over the course of the nineteen seasons he has competed in he has taken to the podium 98 times, 32 of those as victories, and is on course to overtake Kimi Raikkonen as the driver with the most Grand Prix starts before the end of the year.

“I have known and admired Fernando for many years,” Aston Martin team owner Lawrence Stroll said. “And it has always been clear that he is a committed winner like me. I have set out to bring together the best people and develop the right resources and organisation to succeed in this highly competitive sport, and those plans are now taking shape at Silverstone.

“It seemed natural therefore to invite Fernando to be part of the development of a winning team, and we very quickly established in our recent conversations that we have the same ambitions and values, and it was logical and easy to confirm our desire to work together.”

Aston Martin Team Principal, Mike Krack, said that the news of their new signing has excited everyone in the team and they are looking forward to learning from and working with Alonso.

“I have witnessed the excitement in the engineering team,” Krack said, “and throughout the whole organisation at the opportunity to work with Fernando. We know that nearly everyone can learn from someone of Fernando’s calibre and experience. We are confident that he will inspire everyone to lift their game, and that will only enhance the already infectious energy that exists within the team.

“We are on a journey to create a winning organisation, and it is clear that Fernando will accelerate our progress and bring us to a performance in which we can take pride. We are delighted to have Fernando and Lance as our driver line-up next year – the combination of experience and youth will be incredibly strong and both drivers look forward to competing and working together.

“The team has a new leadership focused on the development of AMR23, and we are all thrilled that they and our future projects will benefit from the knowledge and experience that Fernando will bring.”

Following the morning’s announcement, Alpine released their own statement wishing Alonso well and that the identity of Ocon’s teammate for next season will be revealed “in due course”.

“We wish Fernando the best for his future in Formula 1. Fernando has always been, and always will be, part of the Renault and Alpine family and we’re proud and privileged to have shared so many on-track moments together.

“We look forward to finishing the remainder of the 2022 season with Fernando in blue, and we’ll keep pushing to the maximum until the final lap in November. The team will announce its driver line-up for the 2023 Formula 1 season in due course.”