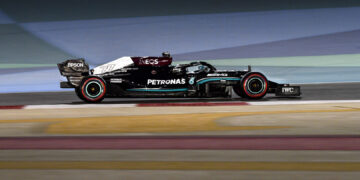 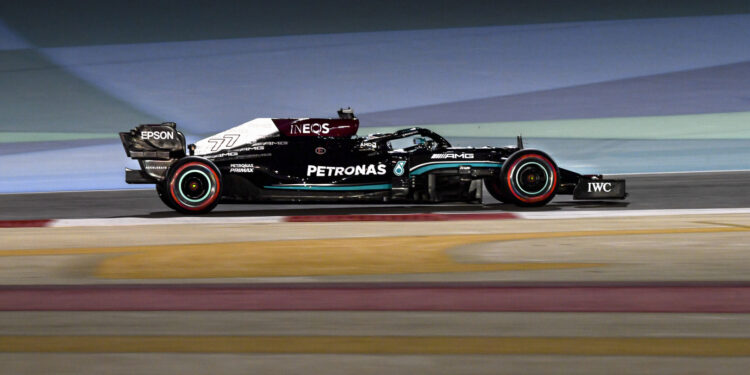 The Finn did set competitive laptimes in both Free Practice sessions finishing second and fifth but lamented the lack of balance in his W12, particularly over the teams’ radio.

“I think the inconsistency in the balance and especially the rear end of car was one big highlight”, said Bottas on Sky Sports F1. “In terms of setup approach, we’ve tried to make it better. And like I said, it does feel better.

“It’s not quite yet what I would like to have underneath. At least we still have tonight and tomorrow morning to try and figure it out.”

The Reigning Champions had a low-key testing session in Bahrain with Red Bull looking like they have the faster package. When asked about his chances for victory, Bottas was confident that they’ll be able to bring the fight to Red Bull.

“We’re definitely in the mix,” said Bottas. “McLaren? Yeah, they look really strong today. Red Bull too – As expected. I think we’re there. You know, I don’t think we’re the fastest at the moment. But we’re not far off”

Bottas’s teammate and seven-time World Champion Sir Lewis Hamilton confirmed that Red Bull look to be the class of the field so far.

The Briton also shared his teammates’ thoughts about an unstable Mercedes, particularly at the rear where downforce has been reduced for this season.

“We thought that Red Bull would be as fast as they are, if not faster,” said Hamilton. “So we know they’re leading at the moment.

“McLaren are looking great and it’s great to see them taking the step. It will be interesting to see how the long runs are.”

“That’s not great for us, the rear [being] unstable as it is, but everyone I’m sure will be in the same boat some more, some less.