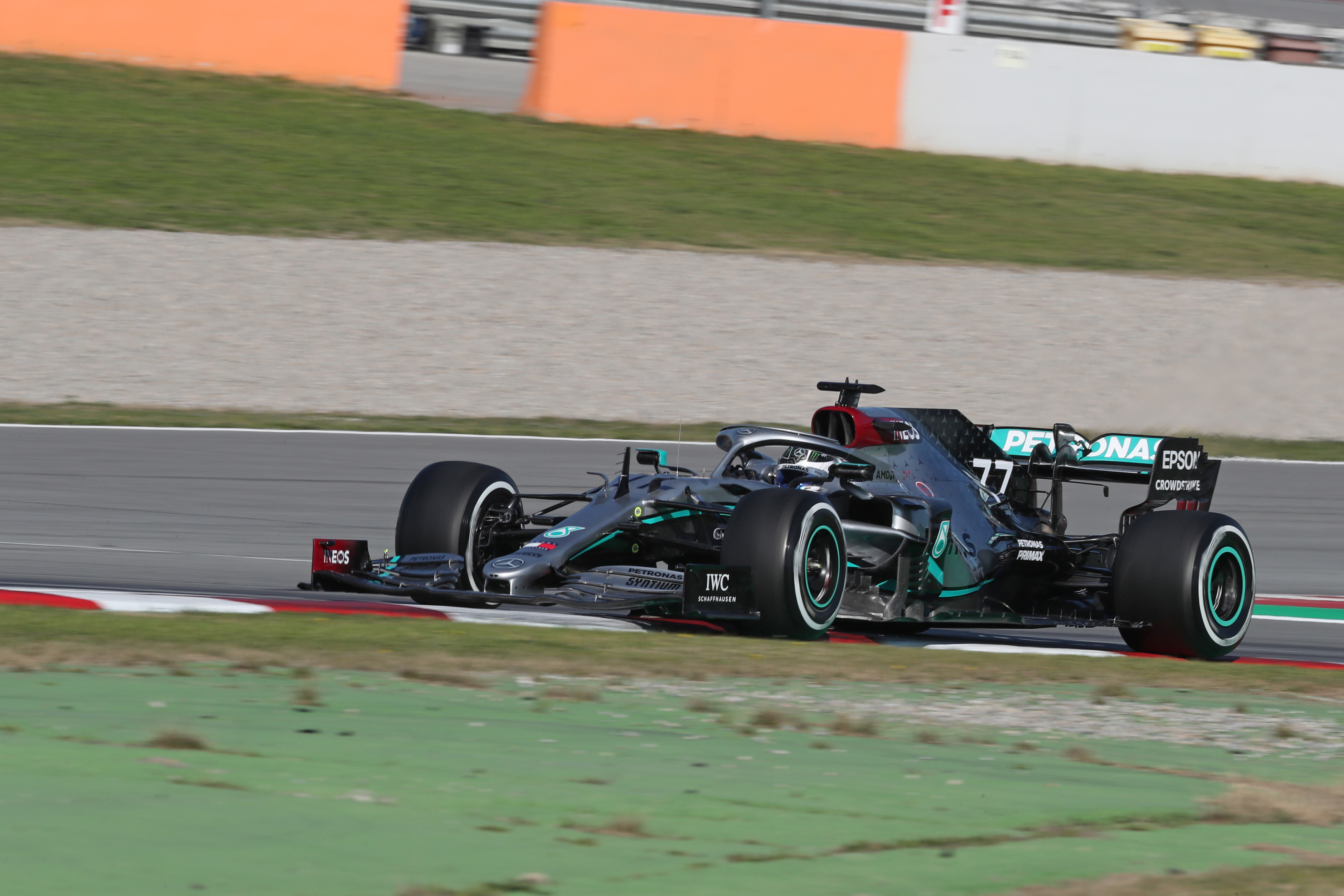 Mercedes’ Valtteri Bottas set the fastest time seen in testing so far to lead Lewis Hamilton on the final day of the first test.

Lewis Hamilton was in P2 at the end of the day, despite having only driven in the afternoon session. Hamilton used the same C5 compound to go 0.7 seconds down on Bottas, but lost most of that time in the final sector. Hamilton did 73 laps in total.

Esteban Ocon was in P3 for the day after driving the RS20 during the morning session, clocking up a best time of 1:17.102. However, in less good news for Renault, they lost some track time during the afternoon due to a technical problem with Daniel Ricciardo grinding to a halt approaching Turn 9. However, the issue was rectified and Ricciardo rejoined for the final forty minutes of testing. He wound up in P7 with 93 laps completed.

Lance Stroll was in P4 for Racing Point and was 1.6 seconds away from the pace shown by Bottas. However, he was one of the higher mileage drivers of the day with 116 laps done by the chequered flag.

Daniil Kvyat was P5 in his Alpha Tauri, having driven in the morning session. He was a further 0.089 behind Stroll, and did 62 laps in total.

Antonio Giovinazzi was sixth for Alfa Romeo, and did the most laps of anyone on Day 3 as he did 152 laps – most of which were with the C39 covered with flow viz paint. His best time was 1.7 away from the front.

Max Verstappen was P8 for Red Bull Racing, with 86 laps on the board, while Pierre Gasly finished P9 after his afternoon session for Alpha Tauri.

Carlos Sainz was P11 for McLaren, and Romain Grosjean P12 for Haas. The American team were forced to withdraw from testing with three hours remaining in the day after a wheel hub issue on the VF20 while Kevin Magnussen was driving saw him spin off in the second sector on just his fourth lap in the afternoon. Magnussen was classified in P16 and last of the participating drivers for the day.

It also wasn’t a particularly good day for Ferrari. Not only did Vettel break down during the morning session with an engine failure that requires investigation back in Italy, team boss Mattia Binotto admitted that the new SF1000 is off the pace compared to rivals Red Bull and Mercedes. The failure restricted Ferrari to just 100 laps over the day after significant time lost in the garage, with Vettel classified in P13.

Testing resumes next Wednesday for another three days at the Circuit de Catalunya-Barcelona.

Click here for the complete results from Testing Day 3.