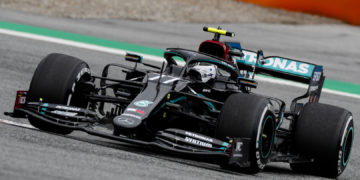 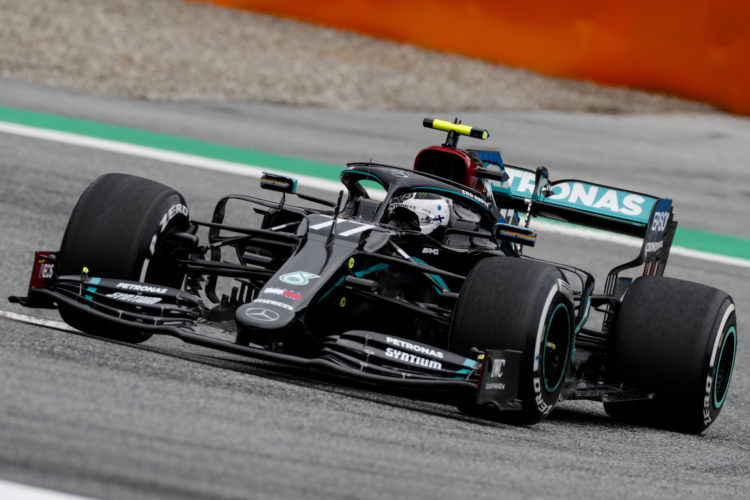 Click here for the complete results from the 2020 Austrian Grand Prix.

The race was marred by several Safety Cars, due to various incidents and retirements. The race had looked like a straightforward Mercedes 1-2 affair, as Red Bull’s Max Verstappen retired early on with a suspected electrical issue.

However, a late Safety Car was deployed to cover a failure for George Russell’s Williams as he suffered a fuel pressure issue. This allowed Red Bull to bring in Alex Albon for a fresh set of Soft tyres, while Mercedes opted against bringing in their two cars. When the race eventually resumed, Albon attacked Hamilton into Turn 4 and had the pass mostly done. But the pair made contact and Albon was spun off into the gravel. Hamilton was given a 5 second time penalty, and fell down to P4 as a result of the time penalty despite finishing P2 on track.

The two Mercedes drivers had spent the mid-section of the race pulling away comfortably from the field, despite the two drivers being constantly told to avoid the kerbs due to gearbox sensor issues on both cars. This led to some terse radio messages from Lewis Hamilton as he tried to pass Bottas, but there was no denying that the pace of the Mercs went unrivalled without the intervention of the Safety Cars.

Charles Leclerc had been fighting in the lower half of the points standings but, with the help of other retirements and Ferrari also pitting him under the Safety Car to fit fresh Mediums, he was able to fight his way up to P2 by passing Sergio Perez’ Racing Point in the closing laps. Lando Norris claimed the final podium spot by passing Carlos Sainz and then overtaking Perez shortly after. Norris then put in a stonking final lap to finish within five seconds of Hamilton, meaning he inherited the final podium spot by just 0.1 seconds when Hamilton’s penalty was applied.

Perez was also given a five second time penalty for speeding in the pitlane during the final round of stops, meaning he was relegated to P6 behind Sainz at the end of the race.

Vettel spun off during the race, having tried to overtake Carlos Sainz at Turn 3. Misjudging his approach, he arrived at the corner already struggling for control and spun when the pair made contact.

Nicholas Latifi was the final car to finish on track, coming home in P11 for Williams in his first F1 race.

Daniil Kvyat retired on the final lap as he suffered a rear puncture on the final lap, while Kimi Raikkonen was eliminated by his wheel falling off. Albon’s contact with Hamilton proved to be terminal, and he was classified in P13.

Renault’s Daniel Ricciardo suffered a cooling issue midway through the race, forcing the team to withdraw him, while Racing Point’s Lance Stroll was forced out by an ERS problem. Both Haas drivers retired due to brake issues, with Kevin Magnussen suffering a brake failure into Turn 3. Luckily, he was able to stop without hitting anything. Romain Grosjean suffered a spin, and a later off track excursion as he struggled with his brakes before withdrawing.