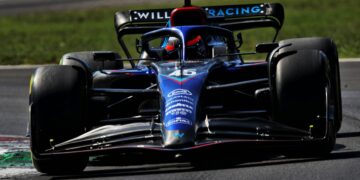 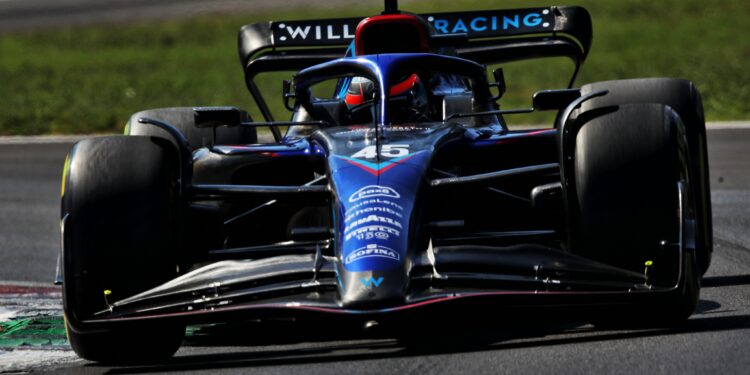 Italian Grand Prix – Despite out qualifying his teammate Nyck de Vries feels there was more he could’ve done in his qualifying debut but he is happy with P8.

After running FP1 for the Aston Martin team, de Vries’ weekend got much busier than expected after being called in and informed that he would be taking over driving duties from a newly-diagnosed-with-appendicitis Alex Albon at Williams for the remainder of the weekend only 90 minutes before the start of FP3.

“I was getting ready for [the F1 Pre-Qualifying Show] in the morning with my coffee and porridge, doing a Paddock Club appearance, but things turn around very quickly,” de Vries told F1TV. “It was only, like, one-and-a-half-hours before the first session that I got informed.

“So, the turnaround was very quick, but the team has been great and very supportive. Very welcoming. Obviously, I hope that Alex is healthy and will recover quickly but from my side I am never satisfied enough with myself.”

As one of the Mercedes reserve drivers, the Dutchman has been helping to fulfil the mandatory “FP1 rookie” slot for most of the Mercedes-powered teams this year. The new rule for this season means that each team will have to field a rookie, with no more than two Grand Prix starts to their name, in at least two FP1 sessions over the course of the championship.

While de Vries was with Aston Martin this weekend, he has previously also driven FP1 for Mercedes in France and had his F1 race weekend debut when he drove the first practice in Spain with the Williams team.

With it being such a last minute call, and some car set up changes to make to swap from Albon’s specifications to de Vries’, the season 7 Formula E champion only had half an hour in the car during FP3 before having to go all out in qualifying.

In the end the Dutchman out paced his teammate Nicholas Latifi to get into Q2 but his lack of familiarity with the car saw him accidentally hit a switch on the steering wheel on his final Q2 lap which threw the balance off.

“I think I put in some good laps, especially the second lap in Q1 was pretty good, but I still felt there was more in it. And then we made some changes in the first run of Q2 and that didn’t quite work out.

“Obviously, the tyre prep was a bit compromised in the traffic. And then on the last run, I hit a switch which meant that the brake balance was like one and a half percent rearwards, and that’s how I kind of lost the rear into [Turn] 4! A bit gutted about that, but I think I am allowed to take this anyway.

“I think that the most challenging bit in qualifying is nailing or being as close as possible to 100% all around the lap and I didn’t succeed to do that but P13 wasn’t too bad of a result.”

With so many drivers taking grid penalties however, de Vries will not be starting in P13 but five places further forward to see him line up in the top ten for his inaugural race.

The Dutch driver was obviously delighted when he was told he’d actually be starting from P8, saying “That sounds pretty cool, I have to admit. I better get some work done to get ready for the start.”