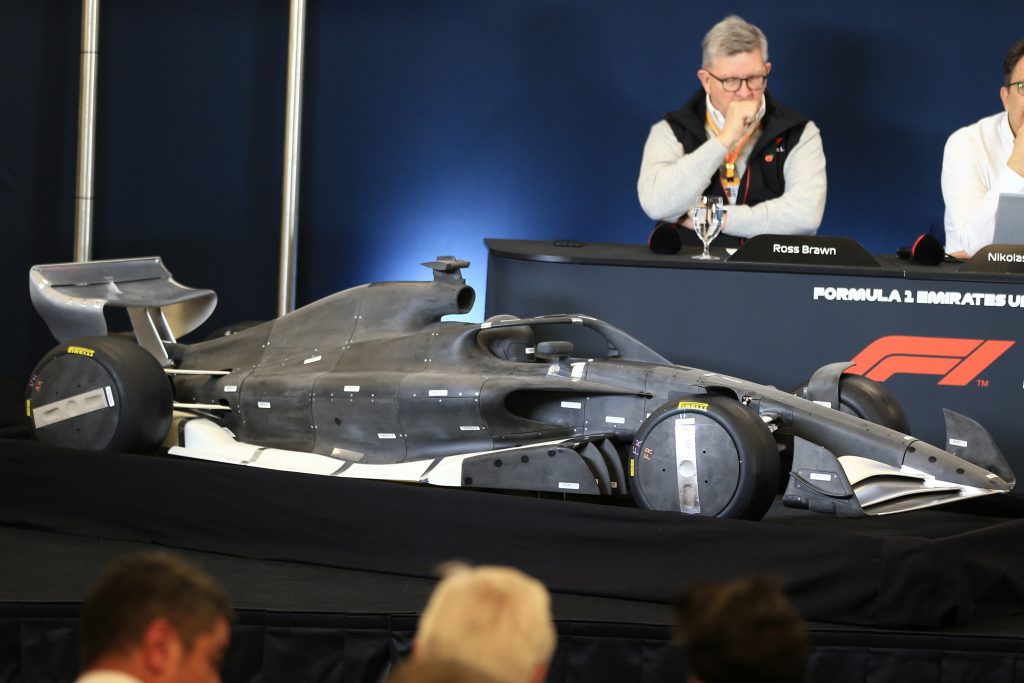 Explained: F1’s budget cap from 2021 and how it’ll be enforced

Explained: F1’s budget cap from 2021 and how it’ll be enforced

United States Grand Prix – Formula 1 will introduce a budget cap to teams from 2021 onwards. How will it be implemented, monitored and enforced?

Formula 1’s long-awaited financial regulations will come into force from the 1st of January 2021, with each team then restricted on certain aspects of their spending. These regulations have been brought in to help make things a little bit more fair for the smaller teams, while preventing the bigger teams from simply throwing money at their problems.

Speaking at the press conference announcing the regulations, Formula 1 Managing Director Ross Brawn warned teams that these regulations ‘have teeth’ and ignoring them will result in teams losing races and championships.

The budget cap will be fully enforceable under the rules, so what aspects are being controlled and how will teams be sanctioned should they break them?

A Cost Cap Administration, and a CCA Adjudication panel will be formed in order to apply these rules to all the teams. The teams will be restricted to a budget of 175 million dollars per season, with this being based on a twenty one race calendar. Any more races will result in an exponential increase in the cap.

Teams will be required to report their finances on a yearly basis, including interim reports, but it’s not simply a case of disclosing their own company’s records. In an attempt to ensure teams can’t use parent companies as a way of hiding spending, ‘additional entities’ within their reporting are taken into account. The company, within a team’s legal group structure, that spends the most on F1 will be regarded, followed by other entities within their legal group structure until the costs involved reach 95% of the budget cap for the year. F1 teams are permitted to include other internal entities that are part of a parent company structure as part of their reporting.

Similarly, an entity can’t be disclosed by more than one team – preventing the likes of Red Bull from cost-sharing across their Red Bull Racing and Toro Rosso teams. If an entity is in common for two teams, it’s automatically assumed it’s part of the team on which it spent the most. The teams are told they should seek clarification if they’re unsure whether they should be disclosing the finances of an entity that’s part of their legal structure.

There’s actually quite a lot that will fall outside the budget cap. Any and all marketing activity is excluded in its entirety. The drivers salaries won’t be capped, nor will their travel and accommodation expenses, and this exclusion also applies to the team’s three highest paid employees or bosses – this can include people like chief designers or team principals.

Heritage asset activities (for example, Williams doing demo runs with their old cars) are also exempt as are financing costs, corporate income tax, leasing of factory and plant equipment and its maintenance, electricity, water & gas. Employees bonuses have also been excluded for obvious reasons, albeit capped at 20% of their salary or 10 million dollars – whichever is higher. All costs associated with a team’s property are also excluded.

A team’s entry fees (payable to the FIA and is adjusted based on the previous year’s championship position and points total) are not part of the budget cap, nor are any financial penalties handed down by the CCA if a team actually breaks these financial rules. Also excluded are depreciation, foreign exchange profits or losses, employer social security contributions, all flights and hotel costs for Grands Prix or official testing and any costs incurred by a team’s power unit supplier in the pursuit of greener alternatives to oil based fuels.

Upon receiving reports from the teams as to their spending, the Cost Cap Administration will pore over the documentation and be responsible for auditing and enforcing the rules. If they have any reason to suspect there’s any anomalies in a team’s reporting, they can, if desired, bring in external auditors to check out the documentation.

The rules will allow for a time window in retrospect of five years – meaning the CCA can investigate and punish teams for up to five years past the time of reporting. This means that a team making a fraudulent or inaccurate report in 2021 can still be punished for it if discovered at any point up until the end of 2026.

Partial or full immunity will also be granted to people who volunteer information regarding transgressions at teams, depending on the individual’s own level of involvement. This means that the paddock is likely to be somewhat self-policing, as it is in the case of the sporting and technical regulations.

If an investigation is launched into a team, it’s up to the CCA to decide on the level of the breach and whether its a Procedural or Minor Overspend breach. If they launch an Accepted Breach Agreement with a team (which is not appealable), then they can set out monitoring procedures or issue fines or penalties the transgressing team.

If a breach is serious enough, it will be referred to an adjudication panel made up of 6-12 judges elected by the FIA General Assembly. For minor transgressions (like late submission of reports or minor (<5%) overspend), then teams can be hit by fines or championship points deductions or suspension from parts of a Grand Prix weekend (although not the race itself).

Teams that are guilty of more serious transgressions can find themselves deducted points in both Constructor’s and Driver’s Championships, suspension from parts of a Grand Prix weekend (including the race), imposed limitations on testing, a reduction of the budget cap or total championship exclusion.

Read the full financial regulations documentation on the FIA’s website.