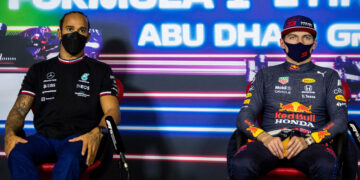 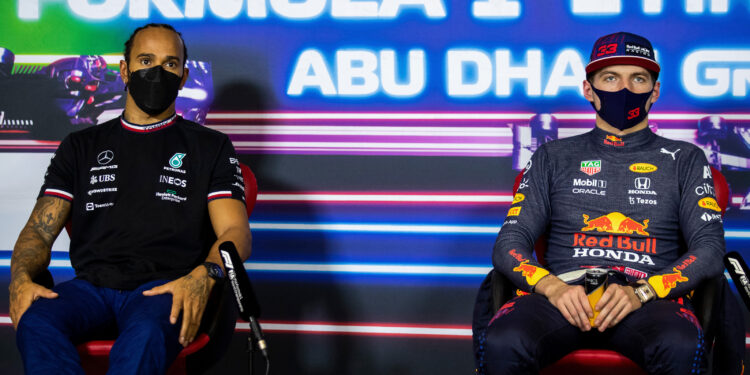 Abu Dhabi Grand Prix – Both Mercedes’ Lewis Hamilton and Red Bull’s Max Verstappen stand on the precipice of a world title, the former eyeing up a record-breaking eighth championship, the latter, his first.

The longest Formula 1 season to date will come to a close on Sunday when the curtain falls in the twilight of the Yas Marina Circuit. After nine months, 22 Grands Prix, and countless wheel-to-wheel battles, it all comes down to a grand finale between two heavyweights of the sport.

Hamilton, is level with Verstappen with 369.5 points, but trails the Dutchman by a single win. Verstappen, with nine race victories, would take the title should neither driver finish the race on Sunday.

It’s been a season marred with controversy both on and off the track, with Hamilton and Verstappen coming together on multiple occasions throughout 2021.

It all began at the season opening Bahrain Grand Prix where the pair raced hard in the closing stages of the race. Verstappen overtook Hamilton for the lead, but did so off the circuit. The Red Bull driver had to yield the position having gained an advantage and Hamilton went on to win the race. But clashes at Imola, Silverstone, Monza, and most recently Saudi Arabia meant that the championship has swung in favour of either driver on several occasions.

The advantage is with Verstappen however, as the Dutchman took a sensational pole position during Saturday’s qualifying session. It looked like a done-deal for Hamilton having been quick throughout qualifying, but a mistake by Verstappen on his mediums saw the Red Bull man switch to the soft tyres in Q2.

In the final qualifying round, Verstappen was able to cross the line nearly four tenths quicker than his title rival and will start in the driving seat for the title showdown. However, the Dutchman won’t have it all his own way. Whilst he will start the race on the quicker soft tyre, Hamilton will be able to bide his time on the harder medium compounds.

We’re in for a fascinating prospect as a single point scored by either driver would be enough to win the title. With a race in hand, Verstappen would be World Champion should another clash between the pair happen. However, the FIA have taken a dim view of any “forced collisions” with the threat of points deductions.

We are braced for one of the greatest title showdowns in Formula 1 history following one of the most entertaining seasons in recent memory. Lights out at 13:00 UK time. Don’t miss it!