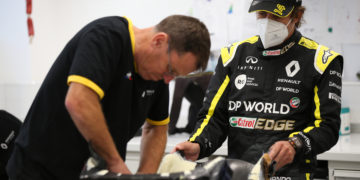 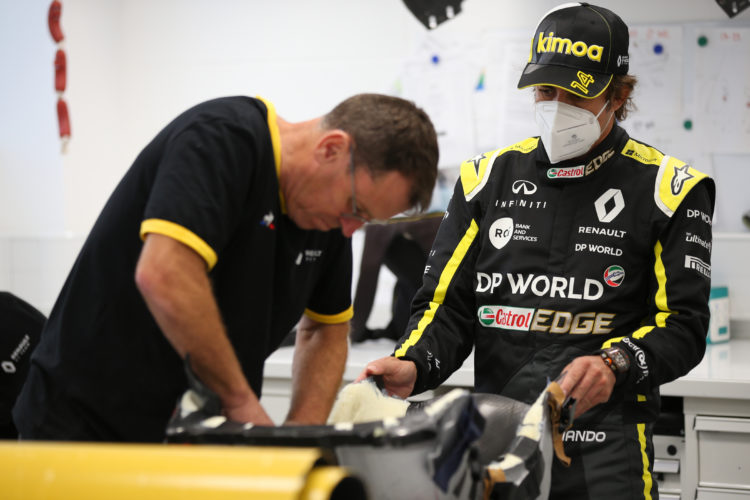 Fernando Alonso has spent two days at Renault’s bases at Enstone and Viry-Chatillon, ahead of his return to Formula 1 racing in 2021.


Fernando Alonso has begun his preparations for his 2021 return to Formula 1, by flying into the UK to visit the Enstone factory where Renault are based.

It’s not an unfamiliar environment for Fernando, having first joined the team in 2002 and staying with them through two world titles in 2005 and 2006. He left for McLaren in 2007 but, after a dramatic and acrimonious year, returned to Renault in 2008. His two year spell there was less successful, and he headed off to join Ferrari in 2010. Renault themselves have had their ups and downs since then, with the team having been sold to Genii Capital’s Lotus brand in 2011 before being bought back in 2015.

Alonso now returns to Renault once again for a confirmed two year deal which takes him into the new regulations in Formula 1 in 2022 as he replaces the departing Daniel Ricciardo. The team will be renamed as Alpine as Renault aim to start marketing their small, sporty brand, and move away from the ‘Renault Sport’ name. This likely means a livery change to something blue and white!

With Fernando out of F1 almost two years, he’s already starting to put in some of the early legwork and spent a full day in the simulator at Enstone, as well as going through a seat fitting and holding initial engineering meetings with technical management.

He also visited the wind tunnel to check on progress of the aerodynamic work intended for updates for 2021. Alonso then boarded a plane to Paris to head to Renault’s engine base at Viry-Chatillon, where he visited the dynos and test benches.

“Being back at Enstone was a very good experience, they were very emotional days,” commented Fernando. “A lot of things have changed; the simulator is new, the wind tunnel has been updated, but a few things are the same: there are the same offices, the gym that I used to visit a lot…

“It was a like a first day at school, with lots of things to learn and get through, but it was very productive. I’ve followed a programme in the simulator, getting used to the car a little, testing the facilities – last time I was here the simulator didn’t exist! Then I had a seat fit and meetings with key people to understand the programme for next year. It was really just getting up to speed.

“I think the team is in good shape for the future. The last few races were encouraging for everyone, for myself too. To see Renault back in a competitive manner is a good thing for the sport and I’ve been delighted to see the improvements. We’ve still got a long way to go and the midfield is very tight but I think the guys have done an amazing job trackside. The last couple of races were very exciting to watch and I am looking forward to being back in the mix. I’ll now follow what the team needs from my side – some sim days, helping some weekends and being available for the team for anything they need.”

One change since Alonso’s reign at Renault is that Flavio Briatore is no longer in charge. The Italian oversaw Alonso’s two world titles and his return in 2008 and 2009, but resigned in the wake of the Singapore crash-gate scandal where Briatore ordered Nelson Piquet Junior to crash at an opportune moment in order to trigger the Safety Car. Alonso won the race as a result, but Briatore was eventually found out and forced out.

Alonso’s new boss will be Cyril Abiteboul, with Cyril being the Business Development Manager at the team when Alonso was last there. Cyril welcomed Fernando to the factory, and said: “It’s been great to see Fernando back at the team in person. He’s hugely motivated to have the best start possible. He wants to be very involved in the preparations. Spending three days at Enstone and Viry gave both sides the opportunity to restart those links and set the foundations at a very early stage, which will be critical to hit the ground running in 2021, a key year in our progress as a team.”