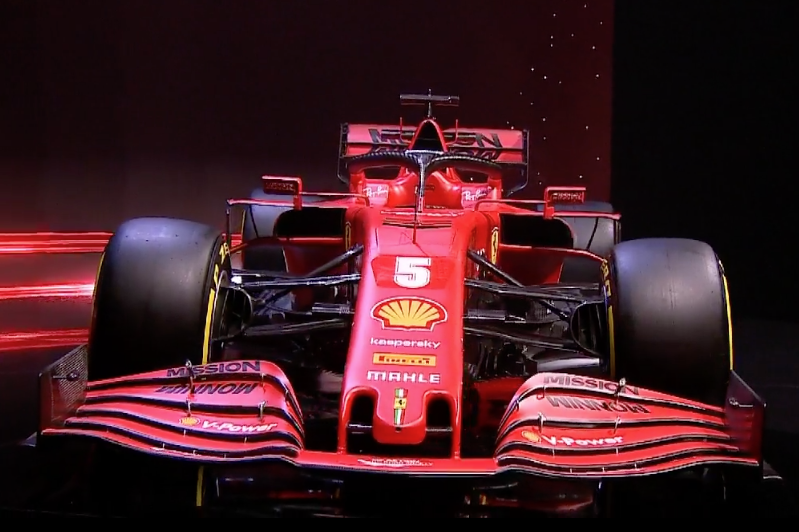 Ferrari have launched their 2020 season and revealed their new challenger, the SF1000, in front of fans at the Teatro Romolo Calli in Reggio Emilia, Italy.

After going through the last decade without a single championship victory, Ferrari have launched the car that they hope will return them to winning ways.

Four time Formula 1 World Champion Sebastian Vettel joined young teammate Charles Leclerc and Team Principal Mattia Binotto on stage at Reggio Emilia’s Teatro Romolo Calli on Tuesday evening, to pull the covers off the 2020 SF1000 – the car with which the team hope to clinch their first title since winning the Constructor’s Championship in 2008, and the car with which both Vettel and Leclerc will hope to clinch the Scuderia’s first Driver’s title since Kimi Raikkonen did so in 2007.

“We’re all here collectively, because we all share a passion.” said Ferrari CEO Louis Camilleri at the launch. “A passion for the Prancing Horse. We’re all attracted by the exhilarating emotions that only Ferrari can generate or trigger. In many ways, it has this magical appeal which is as powerful as it is difficult to describe.”

“We all at Ferrari, and particularly the F1 team are very conscious of the huge responsibilities on our shoulders and we clearly are very focused on the ultimate goal, which is victory. I believe we have the talent and determination to meet these ambitions.”

“With responsibility comes pressure, and we view this pressure in a positive manner, because it has the effect of uniting us and inspiring us to do ever better. I can assure you that we are more demanding on ourselves than anyone else could ever be.”

“This year is going to be interesting, we have tough competition with a long season, but it’s also important because, in parallel, we have to create and develop a completely new car in line with the new regulations that will govern Formula 1 in 2021 and beyond. So the team is going to be very, very busy.”

“I have every confidence that we have the people, the creativity, the discipline, the determination and work ethic they have which is the hallmark of this company and one which has been instilled in us by our founder, Enzo Ferrari.”

While quite similar on an aesthetic level to the SF90, Sebastian Vettel pointed out that the new car is a refinement of the 2019 car and that there’s been a lot of work under the skin.

“It’s an incredible achievement and a lot of hours that goes into the car.”

I like it a lot. We had the opportunity to see it before [the launch] and to have a direct comparison with last year’s car and you can really spot the differences. Especially when it comes to packaging and the back part of the car.”