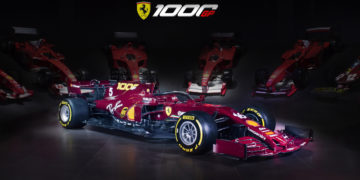 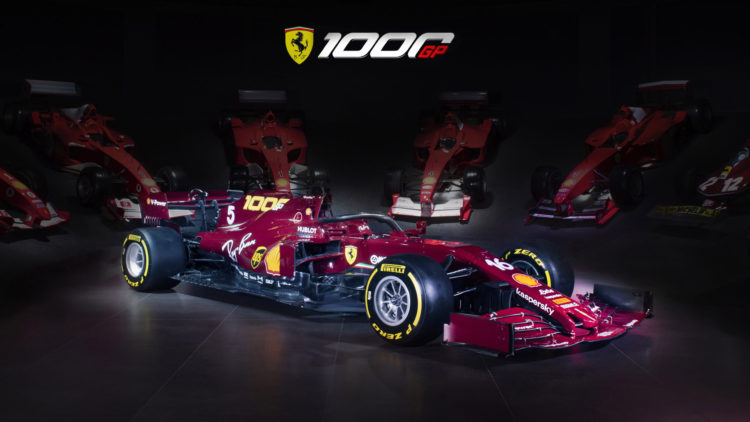 Tuscan Grand Prix – Ferrari will race with a special one-off burgundy livery for this weekend’s race at Mugello, marking their 1000th Grand Prix.

Ferrari celebrate their 1000th Grand Prix this weekend, with the race taking place at Mugello – a venue owned by the Scuderia.

As a result, Maranello have a weekend of celebration planned, despite their current lack of competitiveness meaning there’s little to celebrate in terms of results.

The SF1000s of Sebastian Vettel and Charles Leclerc will race with a one-off burgundy livery, which is a reproduction of the colour used on the first Ferrari 125 F1 that raced at Monaco in 1950.

Vettel and Leclerc will also be wearing commemorative race suits, while Mick Schumacher will take the wheel of his dad’s F2004 to drive around the circuit on Sunday morning as a tribute to the Scuderia’s most successful car and driver.

“Scuderia Ferrari’s 1000th Grand Prix is a very important milestone, therefore it had to be marked in a special way.” said Ferrari chairman Piero Ferrari. “That’s why we decided to run a unique livery on the cars for this event, with the SF1000s taking to the track at the Mugello Circuit in the Burgundy colour first seen on the 125 S, the first racing car to carry the Ferrari name. Even the look of the race numbers on Charles’ and Sebastian’s cars will reflect the tradition of the past, giving the impression of being hand painted onto the bodywork, while the drivers’ race suits will also match the car colour.”

:It’s a tribute to our origins: to our starting point for the amazing Ferrari story, characterised by an endless desire to compete, alongside the will to build road cars that are exceptional in terms of technology and design. Ferrari is unique in the world, because the company has the soul of a car manufacturer and of a racing team, an inseparable link that is never questioned.”

“Only a few months ago, no one could have imagined that our thousandth race could take place at our own Mugello circuit. I am pleased that in the Grand Prix official name, Formula 1 chose to pay tribute to Ferrari, the only team that has always been present in the sport’s seventy one year history.”