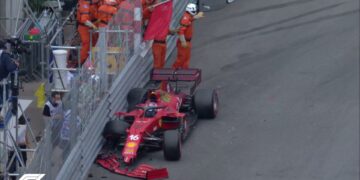 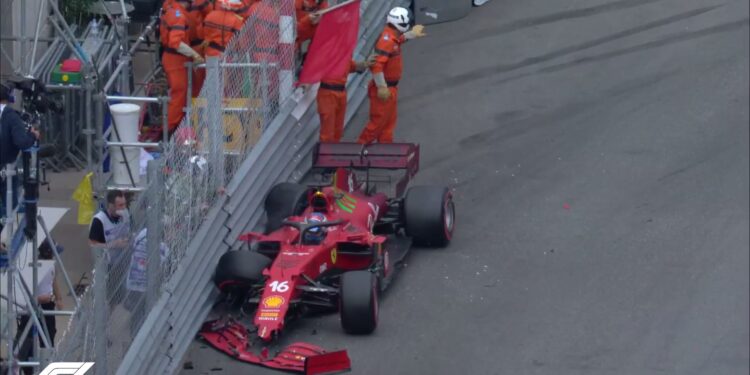 Monaco Grand Prix – After giving Charles Leclerc’s car a good once over, Ferrari have reported that the gearbox does seem to be intact.

Leclerc ended qualifying both on pole and in the wall at the exit of the swimming pool chicane surrounded by sprinkles of red carbon fibre. The Monegasque racer clipped his front right heading into the chicane, breaking his steering and leaving his Ferrari to take a heavy hit to both the front and rear.

The front end, while having the most easily seen damage, could easily be repaired but the worry for Leclerc was whether the hit to the rear had damaged the gearbox, which would lead to a grid penalty if a replacement was required.

“I have mixed feelings a little bit because with the crash I don’t know where I’m starting tomorrow yet,” Leclerc said after qualifying. “It depends on the damage with the car so I really hope that the car is not damaged enough that we won’t be starting from the back but if it’s not the case then of course I’m incredibly happy with whatever happened before the crash.”

This evening Ferrari posted an update on the car, saying “An initial inspection of the gearbox in Charles Leclerc’s car has not revealed any serious damage.”

While that is a relief for Leclerc and all the Monegasque fans who want to see a home pole sitter, the team do caution that “Further checks will be carried out tomorrow, to decide if the same gearbox can be used in the race.”

UPDATE: An initial inspection of the gearbox in @Charles_Leclerc’s car has not revealed any serious damage. Further checks will be carried out tomorrow, to decide if the same gearbox can be used in the race.#MonacoGP