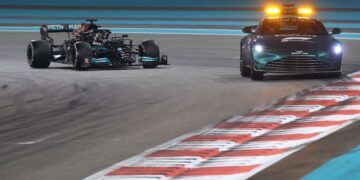 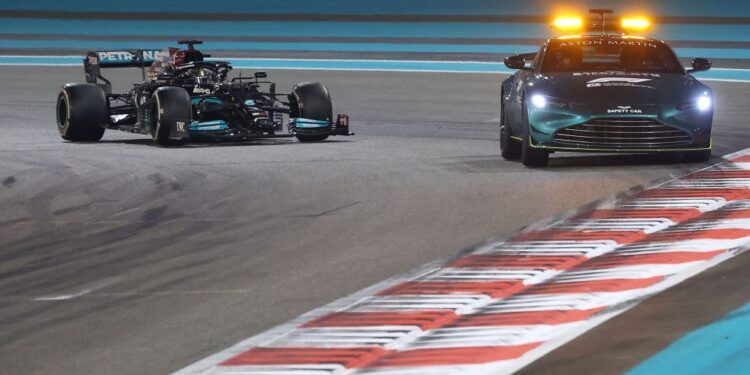 The FIA have released the seven page executive summary of their report into how the 2021 Abu Dhabi season finale was handled.

The purpose of the report, which was announced last December, was to investigate the events at the end of the Grand Prix as a “detailed analysis and clarification exercise.” It was a move welcomed by Mercedes, who withdrew their appeal of the race classification after the announcement, and stated their intention to work closely with the FIA in regards to the analysis.

The report lays out all the on and off-track happenings from the last few laps of the Abu Dhabi Grand Prix through to Mercedes’ decision not to proceed with their appeal of the results.

There were four main issues the report found, firstly that the Race Director had too many roles to play as Aside from being Race Director, Michael Masi was the FIA Safety Delegate and Single Seater Sporting Director. Those were positions which the previous Race Director, Charlie Whiting, had added taken over the course of his 20+ years as Race Director and were passed to Masi along with the Race Director role at the start of the 2019 season.

To make life easier, the report recommended that “some of the Race Director’s responsibilities should be divided and assigned to other persons to reduce the workload of the Race Director and allow them to focus on their key functions, including managing and controlling the race.”

Changes have already been made on that recommendation as the role of Executive Director of the FIA Single Seater department was created in December with Peter Bayer adding that responsibility to his role as the FIA’s Secretary General for Sport. The Sporting Director role will not be one of the Race Director’s responsibilities anymore, and a Virtual Race Control Room will be created to assist the Race Director with the sporting regulations.

Masi’s job while the Safety Car was deployed was to “monitor the cars on track, the order in which they are placed, the deployment of the appropriate flags, the progress of the marshals’ intervention and then, if the Clerk of the Course considers that conditions so permit, order the Safety Car to leave the track.” The radio communications received during the last few laps of the race were described as “neither necessary nor helpful” and having a more restricted form of communication would allow the Race Director to better perform their job.

The third recommendation was that the Safety Car unlapping procedure should be reassessed. That revealed that, until now, identifying lapped cars had been done manually but for the 2022 season, software has been developed to automatically keep track of that.

A one word change, all replacing any, has been made to the rules regarding the unlapping procedure, so now after the “lapped cars may now overtake” message has been displayed “all cars that have been lapped by the leader will be required to pass the cars on the lead lap and the safety car.” That word change was recently confirmed by the World Motor Sport Council (WMSC) and updated in the 2022 sporting regulations.

The FIA will also be looking into the timing system to see if a virtual unlapping process could be an advantage and make things easier.

The final recommendation made in the report has also already been acted on, as they decided a change in the structure of the race management team should be made to give more support to the Race Director.

The F1 Race Director role will be alternated between Niels Wittich (who is in charge for this weekend’s Bahrain Grand Prix) and Eduardo Freitas, and they will have a safe pair of hands in Herbie Blash, the very experienced deputy to Charlie Whiting, working with them from his new position as senior advisor.

The FIA note that the WMSC “unanimously endorsed the contents” of the report state that they will work to “implement the recommendations identified as soon as possible.”

“In accordance with the rules, Mercedes made a protest to the stewards after the race, seeking to change the race classification. The stewards dismissed the protest and Mercedes then had an opportunity to appeal that decision to the FIA International Court of Appeal, but did not do so. There are no other available mechanisms in the rules for amending the race classification.”

The full text of the executive summary can be read on the FIA site where there is a link to read the report as a pdf, or else read it as images of said pdf file.