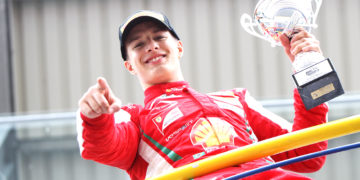 After 3 seasons at the Ferrari Driver Academy, the young Brazilian has announced his departure... 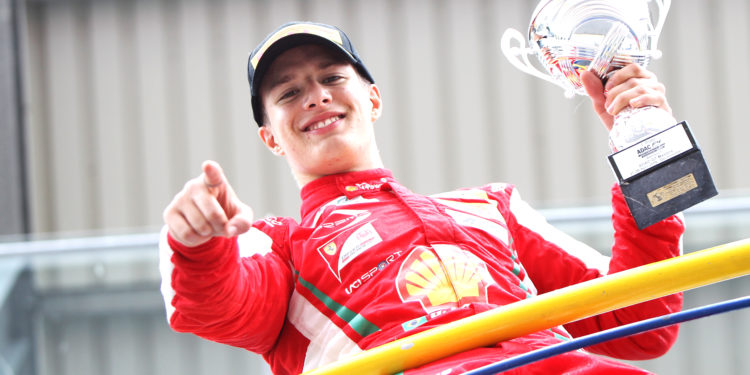 Gianluca Petecof in Ferrari colours after winning the opening race of the 2019 German Formula 4 weekend.

Gianluca Petecof recently announced that he will be leaving the Ferrari Driver Academy ahead of the coming season. In a post shared via his personal Instagram account, the young Brazilian reflected upon his junior career with the team to date, a highlight of which includes winning the 2020 Formula Regional European Championship.

In the post, Petecof credits the development programme with helping him to grow as both a driver and a person. He also briefly recounts his driving stats from the past 3 seasons, which include 10 wins, 10 pole-positions and 40 FIA points.

He extends his gratitude toward all factions of the Scuderia Ferrari family, before proceeding to thank the fans (tifosi) for their loyalty and support over the years.

Having been inducted into the Academy in December of 2017, he takes a rather optimistic view of this departure, referring to it as a ‘new chapter in my career’ and hinting at an impending announcement. On February 8th, it was confirmed that the 18-year-old would be joining the CAMPOS RACING team in their upcoming FIA FORMULA 2 season campaign. The young rookie will be paired with Campos veteran and teammate Ralph Boschung for his F2 debut.

“New challenge around great people, and the goal stays the same. It’s an honor to know that the great Adrian wanted me to be part of the team, it means a lot to me and motivates me more than ever before! Thank you to everyone in Campos for this unique opportunity, can’t wait to start the work!”

The Ferrari Driver Academy was established in 2009, with the late Jules Bianchi being its first official recruit. It was set up with a view to internally nurturing young driver talent, with the annual selection of several junior hopefuls who are then offered funding and long-term contracts with the iconic Italian team. Many well-known Formula 1 personalities are alumni of the programme, including current Scuderia Ferrari driver Charles LeClerc, Red Bull driver Sergio Perez and Aston Martin’s own Lance Stroll. 2021 Haas driver Mick Schuhmacher and the Ferrari reserve driver incumbent, Callum Ilott, have also both been members of the Academy at one time. In January of this year, Dutch teenager Maya Weug became the first female to be admitted by the scheme.