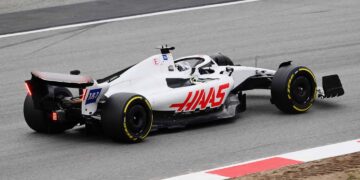 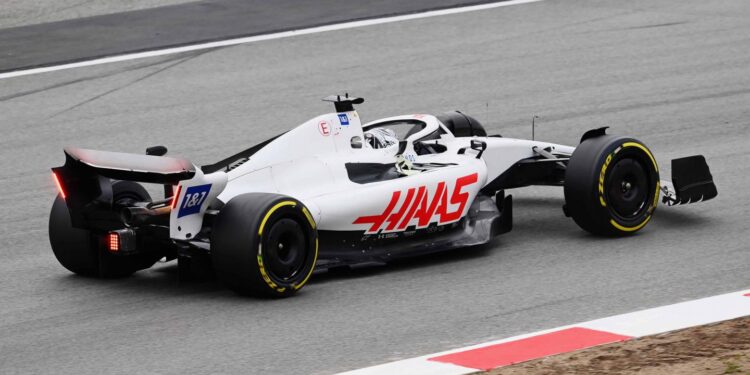 This morning Haas F1 Team announced that they have terminated their relationship with both sponsor, Uralkali, and driver, Nikita Mazepin.

When the Russian invasion of Ukraine started Formula 1 was in the middle of their first week of pre-season testing and the Haas team, who had been running in Russian colours thanks to their title partnership with Uralkali, decided to strip their car of both the Russian company’s name and colours for the final day of track running.

At that point there was no decision made on the future of either that partnership or Mazepin’s contract, as the driver’s father, Dmitry, owns a large share in the company and is also closely associated with Russian President Vladimir Putin.

The Haas statement this morning read: “Haas F1 Team has elected to terminate, with immediate effect, the title partnership of Uralkali, and the driver contract of Nikita Mazepin,” said a statement from the team.

“As with the rest of the Formula 1 community, the team is shocked and saddened by the invasion of Ukraine and wishes for a swift and peaceful end to the conflict.”

Mazepin posted his own response to the decision in his social media after the announcement expressing his dissapointment that his “willingness to accept the conditions proposed in order to continue were completely ignored” and that he will have more to say in the coming days.

The team have not said who would be replacing the Russian either at the second test next week or in the car for the opening round next week, however they do have Pietro Fittipaldi as their reserve driver.

“If Nikita couldn’t drive, for one or another reason, the first call will go to Pietro,” Steiner said. “Obviously he’s with us for a few years. And then we will see what we would do next.”

“Pietro is always around with us for this reason,” said Steiner. “In the last years we needed a reserve driver with having Covid around. He’s always around, he knows the team, he knows the car. To jump in from one day to the other there is nobody better than Pietro around at the moment.”

The Brazilian, grandson to two-time F1 World Champion Emerson Fittipaldi, has driven for the American team before when he replaced Romain Grosjean for the final two rounds of the 2020 season after the Frenchman’s fiery crash and miraculous escape at the Bahrain Grand Prix that year.

Earlier this week the FiA announced that no Russian or Belarusian drivers would be allowed to race under their national flags and, if they wanted to continue, must sign a commitment with the FIA to follow their rules and not support the invasion. No flags, symbols of anthems from either country would be allowed at FIA events until further notice.

F1 themselves had cancelled this year’s Russian Grand Prix, originally scheduled for September, before terminating their contract with the promoter outright a couple of days ago so there will be no races in the country in the future.

Motorsport UK took a harder line than the FIA did as on Wednesday they decided to ban any teams or drivers with Russian or Belarusian licenses from competing in the UK.