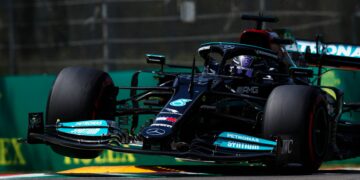 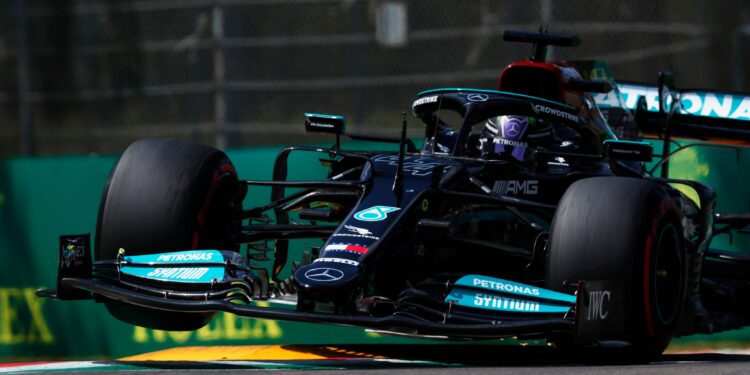 In a thrilling qualifying session, the Briton posted a time of 1:14.41, just 0.035s ahead of Sergio Perez. The Mexican got the better of this teammate and starts ahead of Max Verstappen, who was 0.087s off Hamilton’s time. Valtteri Bottas, who initially looked like the main contender, couldn’t set a competitive laptime and starts down in eighth position.

Lando Norris looked on course to start on the second row for McLaren but had his laptime deleted for running wide and exceeding track limits. The 21-year-old starts in seventh ahead of tomorrows’ race, behind teammate Daniel Ricciardo – the Australian looked like he was struggling initially only managing 13th in Q1.

Q1 saw a red flag brought out to deal with Yuki Tsunoda’s Alpha Tauri. The Japanese driver crashed out in the opening minutes of qualifying, losing it at the chicane, and slamming the rear into the barriers. The Italian teams’ engineers will be having a late night to effect repairs ahead of their home race with Tsunoda starting at the back of the grid.

Ferrari put their new floor to good effect with Charles Leclerc starting an impressive fourth on the grid, ahead of the pacey Alpha Tauri of Pierre Gasly.

Esteban Ocon starts down in ninth for Alpine whilst Lance Stroll didn’t register a valid laptime in Q3 – the Canadian’s laptimes all deleted for exceeding track limits.

Elsewhere, Carlos Sainz starts down in 11th – the Spaniard will be disappointed with the result after showing promise throughout the weekend. Whilst George Russel stuck his Williams in an impressive 12th. Both Williams cars managed to make it into Q2 with teammate Nicholas Latifi starting in 14th ahead of the race tomorrow.

Sebastian Vettel’s woes continue as the four-time World Champion lines up in 13th for Aston Martin, whilst fellow ex-World Champion Fernando Alonso starts down in 15th for Alpine.

Alfa Romeo’s Kimi Raikkonen starts ahead of his teammate in 16th, whilst Mick Schumacher starts in 18th. Nikita Mazepin is in 19th whilst Tsunoda was unable to set a time due to retiring.