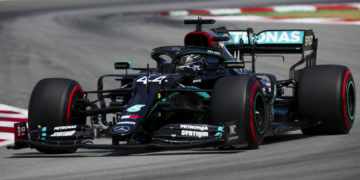 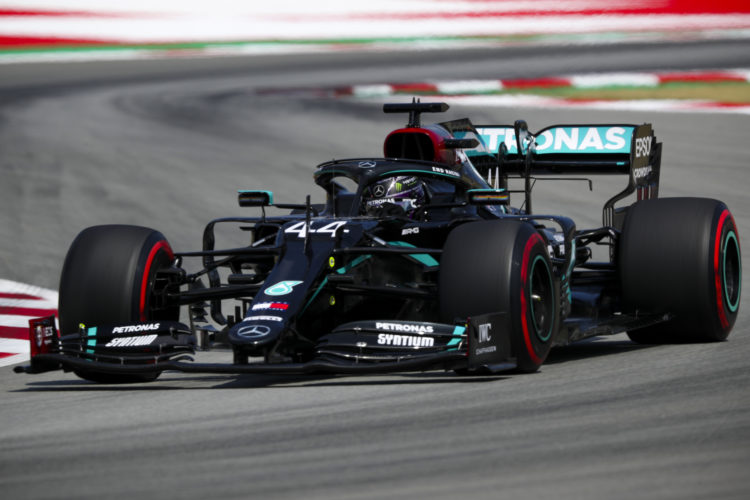 Click here for the complete results from the 2020 Spanish Grand Prix.

Lewis Hamilton has led the Spanish Grand Prix from start to finish, having started the race from pole position. Hamilton came home 24 seconds ahead of Red Bull’s Max Verstappen.

The Dutch driver made a great start to the race to vault past Valtteri Bottas into Turn 1, and tried his best to hang onto Hamilton but couldn’t keep pace with the lead Mercedes on either the Soft or Medium tyre compounds.

Valtteri Bottas fell down to P4 on the opening lap, with Lance Stroll forcing his way past at Turn 1, but recovered the position on Lap 4 using DRS down the main straight. From there, he stalked Max Verstappen and tried using Soft tyres for the last stint to pull back to P2, but was forced to settle for the final place on the podium.

The top three were the only drivers on the lead lap, with everyone else a lap behind Hamilton.

Lance Stroll finished P4, although P5 on track. Racing Point teammate Sergio Perez picked up a five second time penalty close to the end of the race due to ignoring blue flags for Hamilton coming through, and fell behind Stroll as a result.

Carlos Sainz came home in P6 for McLaren, having employed an aggressive strategy using Softs for the first two stints before switching to the Mediums for the sprint to the line.

Sebastian Vettel rescued a P7 finish for Ferrari, having looked doomed to finish outside the points. Having switched from Mediums to Softs on Lap 28, an apparent lack of communication between the pitwall and Vettel resulted in Sebastian staying out to the point where it became too late to change tyres. However, this inadvertently seemed to work out despite Vettel losing significant pace towards the end of the race. He won the Driver of the Day accolade for his efforts.

Alex Albon finished P8 for Red Bull Racing, having been the only driver to try the Hard tyres with the apparent intent of a one-stop strategy. He aborted this to swap back to the Mediums on Lap 38 but enjoyed the final stint to climb back to his eventual finishing position.

Ferrari’s Charles Leclerc was the only retirement from the race, after an electrical issue stopped his engine while driving through the chicane. He spun off as a result, before he got going again to return to the pits and retire.