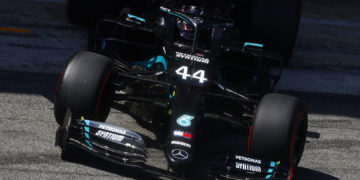 Hamilton fastest; Ocon brings out the red flags in practice

Hamilton fastest; Ocon brings out the red flags in practice 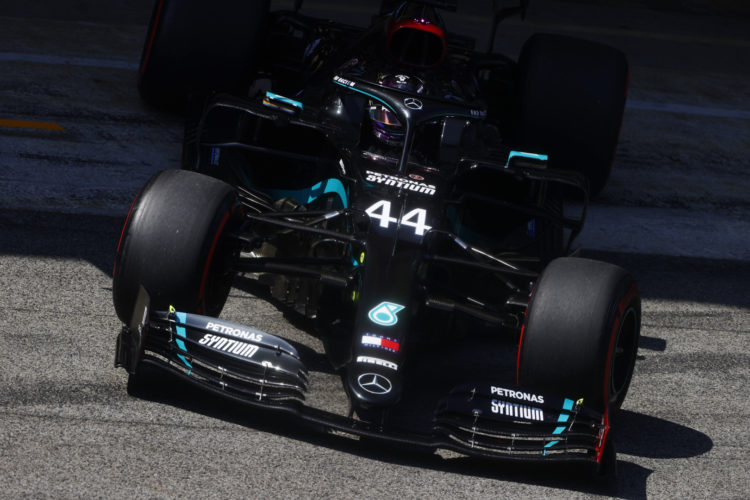 Lewis Hamilton has gone quickest in final practice ahead of qualifying at the Circuit de Barcelona-Catalunya. The championship leader used the Soft tyre compound to set a 1:17.222, almost half a second slower than the pace set on Friday morning, but still comfortably quickest in this session as temperatures climbed.

Hamilton was just over a tenth clear of teammate Valtteri Bottas on the same compound, with Max Verstappen taking up his now customary position as nearest challenger to the two Mercs. The Red Bull driver was half a second away from the pace set by Hamilton.

The session ended slightly early, due to a bizarre incident between Renault’s Esteban Ocon and Haas’ Kevin Magnussen. Ocon allowed Magnussen to overtake him through Turn 3, with the Haas seemingly on a fast lap. However, Magnussen slowed up again, seemingly to let Ocon back through. However, the Renault driver was looking in his mirrors and didn’t spot the Haas until too late. He swerved into the wall, and crashed his Renault nose-first. He was uninjured. The incident is under investigation by the stewards.

Ocon finished the session in P11, with Magnussen in P17.

Carlos Sainz finished in P4 for McLaren after a strong session for the home driver, with Sergio Perez in P5 for Racing Point. Charles Leclerc finished P6 for Ferrari, with Pierre Gasly P7 for Alpha Tauri. Lance Stroll was P8 in the second Racing Point, while Alex Albon was P9 for Red Bull Racing. Daniel Ricciardo rounded out the top ten for Renault.