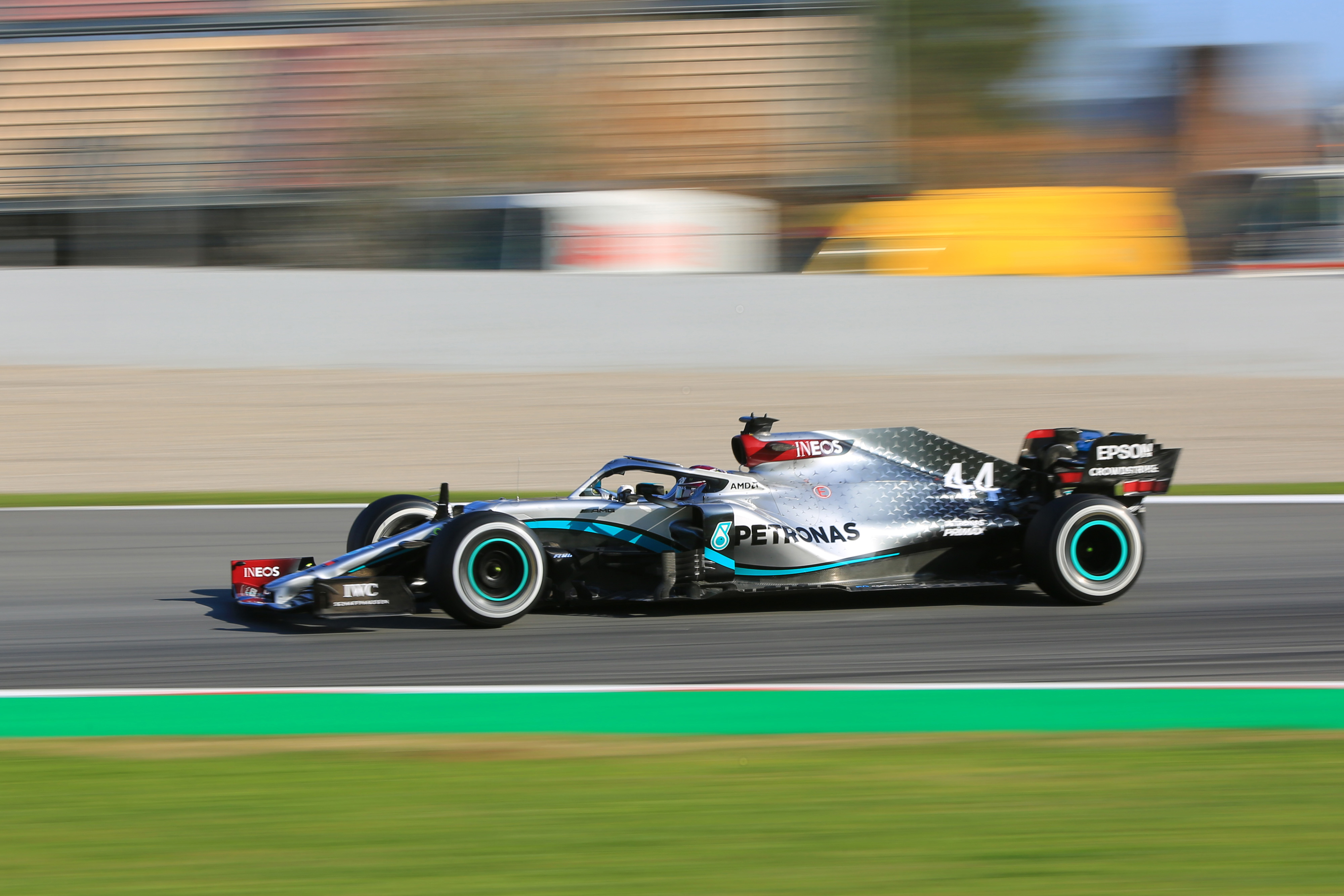 Lewis Hamilton ensured a familiar headline for the opening day of testing, as he led a Mercedes 1-2 at the top of the timesheets.

Lewis Hamilton has gone quickest for Mercedes on the first day of testing. Having sat out the morning session, Hamilton took over the W11 for the afternoon session and racked up more than a Grand Prix distance of laps as he circulated 94 times with a best time of 1:16.976 – just 0.7 seconds off the fastest time set in pre-season testing last year. Even more impressively, Hamilton’s best time was set on the C2 tyre – last year’s best time of testing was a 1:16.2 on the C5 tyre, the softest compound available.

Valtteri Bottas’ best morning time of 1:17.3 remained unbeaten by everybody else and he slotted into P2, having done 79 laps in the earlier session.

Sergio Perez finished the day P3 for Racing Point, despite also sitting out the afternoon session. His best time was 1:17.375, just 0.062 off the best set by Valtteri Bottas. He did 58 laps in total.

Max Verstappen finished the day in P4, and put in the most miles of anyone as he did 168 laps in total of the circuit. He also spent some of the day exploring the limits of his new RB16, spinning off twice during the afternoon but with no harm done.

Daniil Kvyat finished P5 for Alpha Tauri, and 0.722 from the front, after a quiet first half of the day. He did 116 laps in total.

Carlos Sainz was P6 for McLaren in the MCL35, and did 158 laps of the circuit in total over the course of the day.

Having taken over the Renault RS20 for the first time during the afternoon test session, Daniel Ricciardo ended up the quicker of the two Renault drivers as he finished P7 and just over a tenth clear of Esteban Ocon. Ricciardo did 56 laps, Ocon 62 laps.

George Russell was P9 in what appears to be a much improved Williams in terms of both pace and reliability – the FW43 racked up 73 laps over the day.

Lance Stroll finished P10 after driving the new Racing Point for the afternoon, while Charles Leclerc had a quiet but effective day for Ferrari after being called in as a substitute for an ill Sebastian Vettel. He finished in P11 and 1.3 seconds off the pace shown by Hamilton. The Ferrari SF1000 did 132 laps over the day.

Nicholas Latifi finished the first day of the test P12 for Williams, just under 0.3 seconds down on the best time set by Russell during the morning, while Robert Kubica’s morning session time of 1:18.3 kept him in P13 ahead of Haas’ Kevin Magnussen and Alfa’s Antonio Giovinazzi.

Surprisingly, there were no red flag periods or breakdowns over the course of the day, with the team clocking up almost 1200 laps in total between them.

Click here for the complete results from the first day of testing.