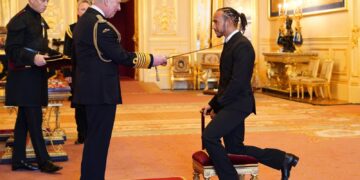 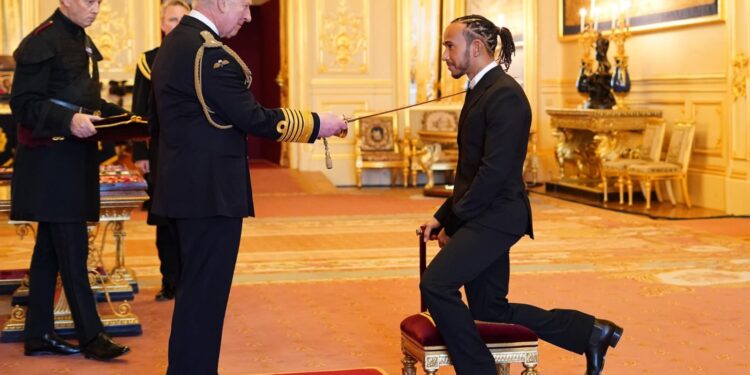 Seven-time world champion Sir Lewis Hamilton has received his knighthood at Windsor Castle almost a year on from being named in the Queen’s honours.

Just days after the Mercedes driver was denied an eighth championship crown, Hamilton was in attendance at Windsor Castle where Prince Charles knighted the Briton before sharing a brief chat.

Hamilton is the fourth Formula 1 driver to receive the accolade joining such names as Sir Jackie Stewart, the late Sir Sterling Moss, and Sir Jack Brabham.

Hamilton was pipped to the 2021 title in the dying embers of the season ending Abu Dhabi GP when a late safety car allowed rival Max Verstappen to the race win on the last lap. With the Red Bull driver on fresher tyres, having been able to make the swap to softs during the safety car, Hamilton had no answer for the Dutchman after the British driver dominated the race.

Hamilton does however have the record for the most race wins of any driver with 103, smashing the previous record of 91 set by Michael Schumacher.