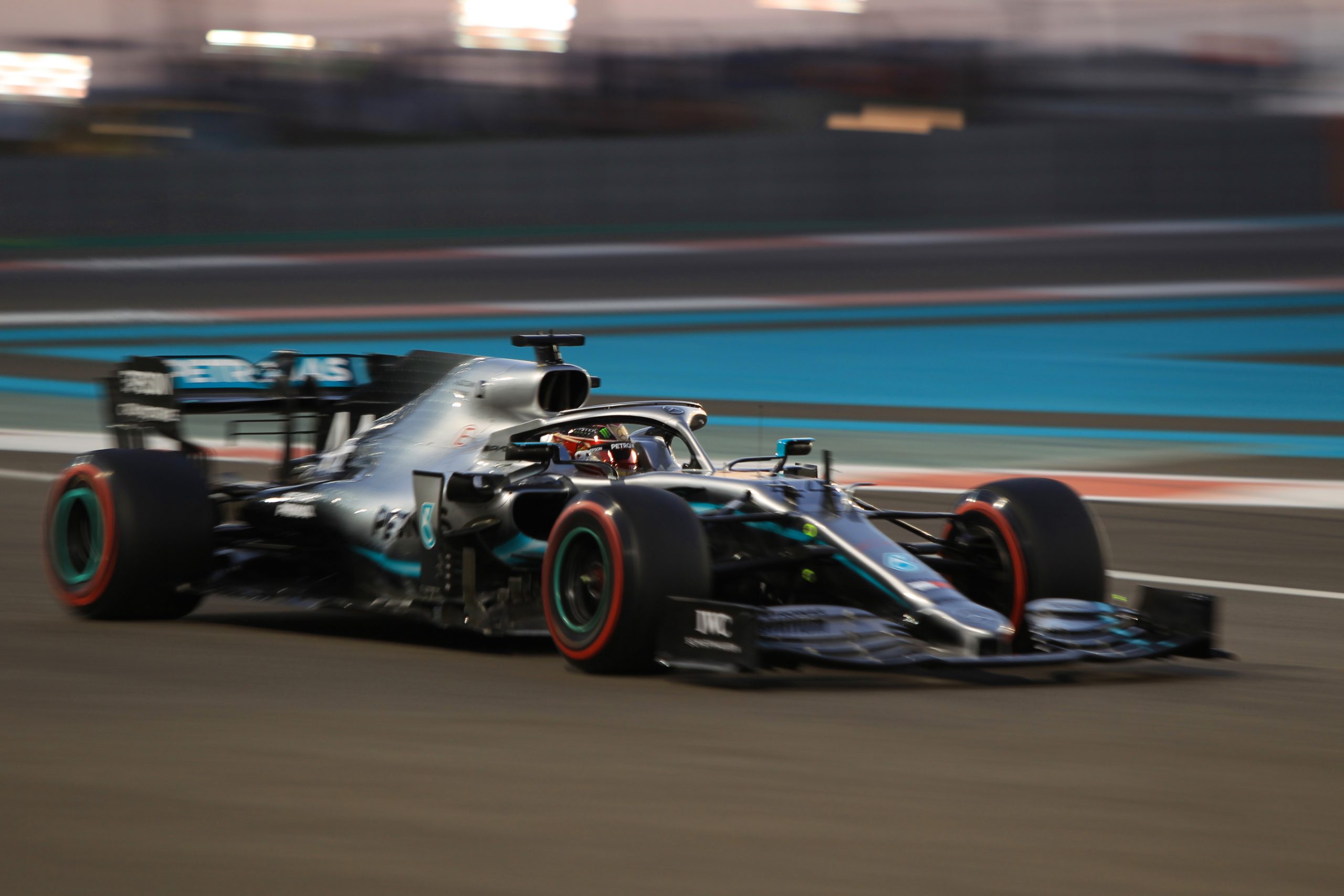 Lewis Hamilton has taken pole position for the final race of the year, taking place at the Yas Marina Circuit in Abu Dhabi. The Mercedes man looked comfortable throughout the qualifying hour as he took his first pole position since the German Grand Prix during the summer. Hamilton clocked a 1:34.779 on his second flying run in Q3 to improve on his initial time by a tenth of a second. Both of his Q3 times would have been sufficient to take top spot.

Valtteri Bottas finished P2, setting a time just under two tenths of a second down on Hamilton, meaning it’s a Mercedes front row in terms of speed. However, Bottas has an engine grid penalty due to needing a fresh unit for this weekend and, as a result, Max Verstappen will start from P2 after finishing third on the timing screens. All the drivers will be promoted a spot as a result of Bottas’ penalty.

Ferrari’s Charles Leclerc finished P4 in qualifying, but only got to put in one flying lap in Q3. The Monegasque was sent out at the back of the queue for the final runs but slow outlaps from the drivers in front of him, including Sebastian Vettel, meant he was greeted by the chequered flag as he came around to start his final lap. He missed out on putting in his final lap by just two seconds. He still ended up outqualifying Sebastian Vettel, who did manage to get in two runs in Q3. Vettel will start the race on the Soft tyre compound, having used it to get through Q2, while Leclerc, the two Merc drivers and both Red Bull drivers start on the Mediums.

Alex Albon finished P6 in the second Red Bull, almost a second off the pole position time set by Hamilton and just over half a second down on Verstappen’s time.

Lando Norris won the battle of the McLarens as he pipped Carlos Sainz on his second flying lap to take P7 by just 0.023 over his teammate. Sainz finished P9, with the McLarens split by Renault’s Daniel Ricciardo. Nico Hulkenberg completed the top ten, making it into Q3 for his final confirmed F1 race as he went 0.3 seconds slower than Ricciardo’s best.

Romain Grosjean was P16 in the second Haas, while it was a poor day for Alfa Romeo as Antonio Giovinazzi and Kimi Raikkonen were P17 & P18 respectively. George Russell outqualified Robert Kubica, finishing P19 to make it 21-0 in his favour for the season, while the Polish driver completed his final confirmed F1 qualifying session in last position.