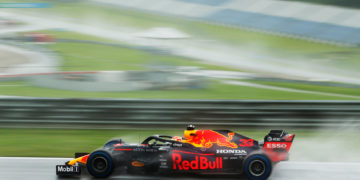 Honda confirm they will leave F1 after 2021

Honda confirm they will leave F1 after 2021 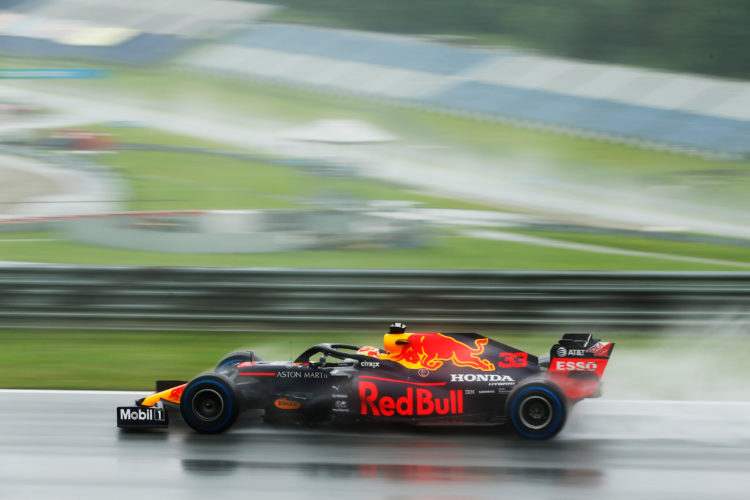 SPIELBERG, AUSTRIA - JULY 11: Max Verstappen of the Netherlands driving the (33) Aston Martin Red Bull Racing RB16 on track during qualifying for the Formula One Grand Prix of Styria at Red Bull Ring on July 11, 2020 in Spielberg, Austria. (Photo by Darko Bandic/Pool via Getty Images) // Getty Images / Red Bull Content Pool // SI202007110139 // Usage for editorial use only //

Honda have announced that they will withdraw from F1 at the end of the 2021 championship, meaning the Red Bull teams need a new engine.

In a shock announcement, Honda has announced they will withdraw from F1 at the conclusion of the 2021 season. This means that Red Bull Racing and Alpha Tauri will have to find a new engine supplier for 2022 and beyond.

Honda will leave the sport as race winners once again, having become the first manufacturer in the hybrid era to win with two teams after Pierre Gasly’s victory at Monza last month. It’s been a steady upward curve for the manufacturer since returning to F1 with McLaren in 2015, after finding the first few seasons of competition extremely difficult and an ever souring relationship with McLaren eventually meant they were dropped in favour of Renault. It was at this point, in 2017, that Red Bull swooped and signed Honda for Toro Rosso in 2018, with both Red Bull teams swapping to Honda power for 2019.

Honda say they are striving for the ‘realisation of carbon neutrality’ by 2050, and will now actively pursue this goal. As a result, their resources in research and development will be put into other areas of power unit and energy technologies. These include fuel cell vehicle (FCV) and battery EV (BEV) technologies. Having established a new Innovative Research Excellence facility earlier this year, Honda say they will now focus on this and leave F1 behind.

Honda say they won’t be leaving motorsport behind, just F1, which seems a damning verdict on the current hybrid regulations – especially considering a cost cap to reduce spending will be introduced next season.

With Red Bull’s teams now without an engine supplier, it’s highly likely that a return to Renault power is on the cards. Renault currently don’t have any customers once McLaren switch back to Mercedes, and the bad blood between the two parties is irrelevant as the regulations prevent a manufacturer from refusing a supply deal if they are in a position to do so. With Ferrari and Mercedes supplying multiple teams already, Renault is the most obvious candidate at this time.

“As a Team we understand how difficult it has been for Honda Motor Company to reach the decision to step back from Formula One at the end of the 2021 season.” said Red Bull boss Christian Horner. “The shifting focus within the automotive industry has led to Honda’s decision to re-deploy their resources and we understand and respect the reasoning behind this. Their decision presents obvious challenges for us as a Team but we have been here before and with our strength in depth we are well prepared and equipped to respond effectively, as we have proven in the past.”

“Whilst we are disappointed not to continue our partnership with Honda, we are enormously proud of our joint success, delivering five wins and 15 podiums for both Red Bull owned teams and we thank everyone at Honda for their extraordinary efforts and commitment.” continued Horner.

“Our joint focus for the remainder of the 2020 and 2021 seasons are unchanged, to fight for victories and challenge for the championship. As a signatory to Formula One’s latest Concorde Agreement, Red Bull Racing remains committed to the sport in the long term and we look forward to embarking on a new era of innovation, development and success. As a group, we will now take the time afforded to us to further evaluate and find the most competitive power unit solution for 2022 and beyond.”