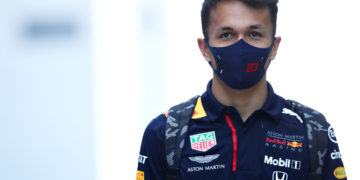 Horner: Our intention is to keep Alex Albon

Horner: Our intention is to keep Alex Albon 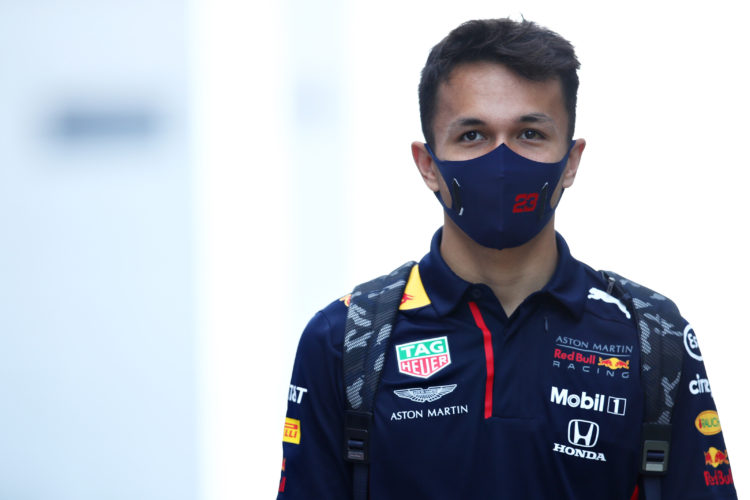 SOCHI, RUSSIA - SEPTEMBER 24: Alexander Albon of Thailand and Red Bull Racing walks in the Paddock during previews ahead of the F1 Grand Prix of Russia at Sochi Autodrom on September 24, 2020 in Sochi, Russia. (Photo by Mark Thompson/Getty Images) // Getty Images / Red Bull Content Pool // SI202009240030 // Usage for editorial use only //

Speaking over the Russian Grand Prix weekend, Red Bull team boss Christian Horner spoke about their driver contract situation as rumours abound about the futures of some of their drivers.

With Red Bull Racing and Alpha Tauri’s drivers all contracted by Red Bull, senior management can shuffle their drivers around as they see fit. Max Verstappen is under contract for 2021 with Red Bull Racing, but his teammate’s identity is a bit more unknown. Alex Albon has had a tough year with few high points, while Alpha Tauri’s Pierre Gasly has come into his own and has been one of the star performers of the year. There is a possibility the pair could be swapped, with Gasly saying he feels ‘ready’ to return to the senior team after his demotion last season.

Asked when a decision regarding the team driver line-ups might be announced, Horner said: “It will certainly be before Christmas. Obviously all the drivers are under contract to Red Bull on multiple years, so there are trigger points at different times in their contacts but it will certainly be later into the autumn. Our intention is to retain Alex, he’s doing a good job, he just needs to build on the kind of performances he put in in Mugello and obviously continue that development.”

“As far as Pierre is concerned, he’s doing a great job at AlphaTauri, he’s a good fit for them, they enjoy having him within the team and their aspirations of a team, as I say, have changed so they need an experienced, competitive driver.” continued Horner. “Our intention is absolutely to retain our current drivers. Alex is our preferred choice. Inevitably, you have to be aware of what the other options are out there but our absolute preference and likelihood is to retain the existing driver line-up that we currently have.”

With Albon scoring his maiden podium recently at the Tuscan Grand Prix at Mugello, Horner says that’s helped Alex build a little bit of confidence as rumours regarding his seat swirl.

“He only feels vulnerable because you guys [the media] keep telling him every week that we should put someone else in the car.” Horner said. “I think it was really good for him to get that result. He came close in Brazil last year, he could have won the opening race in Austria, and obviously got turned out of that race, so to get that first podium… and he had to do it the hard way. Daniel is one of the hardest racers on the track and to pass him around the outside of Turn 1 as he did, it was a great performance from him. You can already see him walking a little bit taller. That confidence that it will give him, hopefully he’ll build on that. He has got the full support of all the team. I think the team is doing a good job with him. His race engineer is extracting more from him and that confidence is growing.”