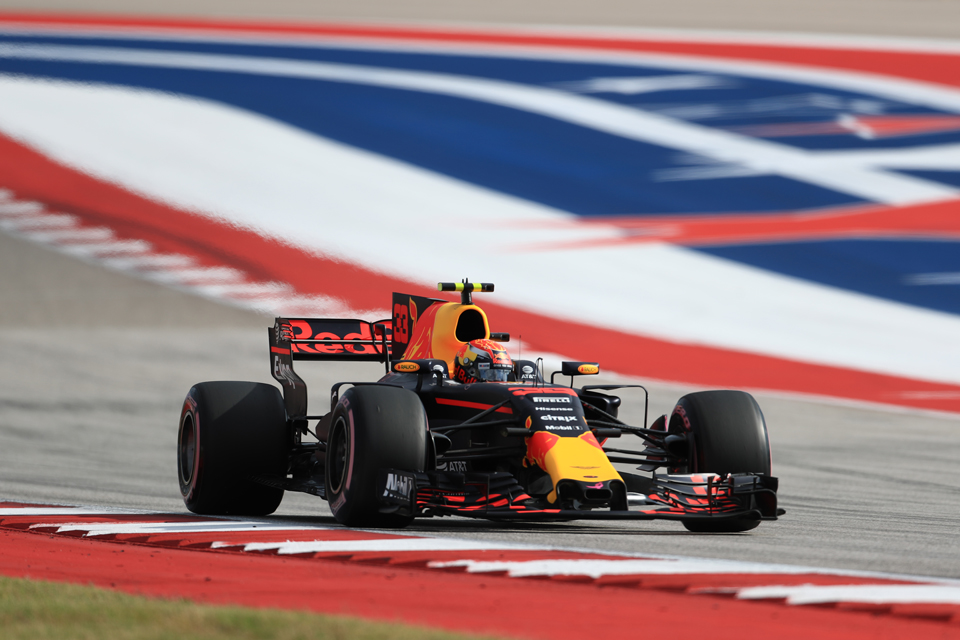 United States Grand Prix – Red Bull’s Max Verstappen finished P3 after taking the position away from Kimi Raikkonen on the final lap, but was given a post-race time penalty that saw him shuffled down to P4.

In the closing laps, Verstappen was on the gearbox of Ferrari’s Kimi Raikkonen on a much fresher set of tyres after differing strategies from the pair. Raikkonen had just allowed teammate Sebastian Vettel through and was obviously vulnerable to the Red Bull as the last lap began. Fending off the Dutch driver through the DRS zone, Verstappen piled on the pressure through the final corners as Raikkonen took defensive lines. Entering the final sequence, Verstappen managed to get his nose up the inside of the Ferrari and used his superior grip to take the place away from his rival. He crossed the line moments later to a jubilant P3.

However, as the drivers gathered for the podium, both Verstappen & Raikkonen were in the podium room, to the Red Bull driver’s confusion. The announcement was made public then – Verstappen had been given a five second time penalty for the pass, having put all four wheels over the white line on the inside of the corner where he passed the Ferrari. He was thus demoted to P4.

Despite the penalty marring what was an otherwise sublime drive from Verstappen, he won the public’s vote for Driver of the Day.

Speaking afterwards, Verstappen didn’t hold back his annoyance: “It’s just one idiot steward who made a decision against me. A penalty point too? For what? The crowd loved it, and I had a great race. The way they did it is unbelievable. You can’t protest this, the way the rules are. What can we do? It’s not good for the crowd, the way this is, the sport doesn’t make sense. Everyone ran wide everywhere and they killed the race just like that.”