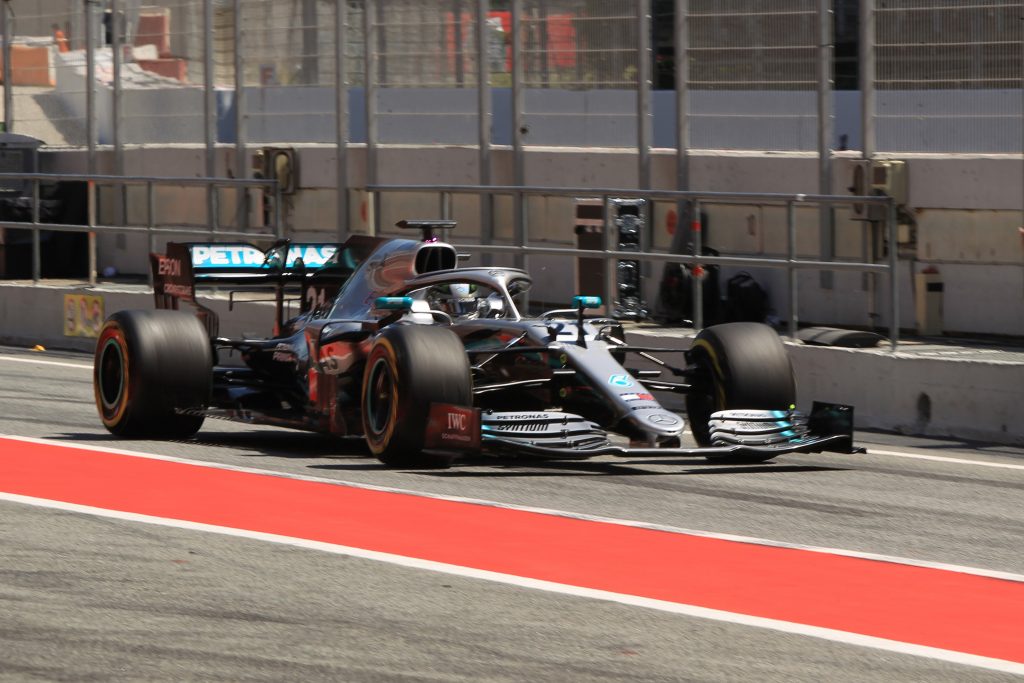 Nikita Mazepin has topped the timesheets on the second day of testing at the Circuit de Catalunya. The Mercedes driver went quickest, despite bringing out the red flags with a spin.

With many of the Formula 1 teams running young and inexperienced drivers to fulfill their young driver obligations for the last official day of testing in 2019, it was an unfamiliar name that topped the timesheets.

Russian driver Nikita Mazepin, currently racing in Formula 2 and a former test driver with Force India, was behind the wheel of the Mercedes W10 and set a fastest laptime of 1:15.775 to set the pace. His time was set during the afternoon session, having brought out the red flags earlier when he spun the car in the third sector and beached it in the gravel. Mazepin completed a total of 128 laps over his day.

P2 went to Toro Rosso’s Alex Albon, another man to bring out the red flags when his car stopped out on track at Turn 10. The British Thai racer put in a best time of 1:17.079, 1.3 seconds behind Mazepin’s time and he did 110 laps before his stoppage ended the day’s action.

Third went to Antonio Fuoco, with the young Italian at the wheel of Ferrari’s SF90. Charles Leclerc was in the other Ferrari, which was on official Pirelli duties. This means that the car is supplied by Ferrari, but is being run by Pirelli. The car runs tyre compounds and prototypes which are only known to Pirelli, and the car must run already used race setups without any new developments or changes being made. Leclerc did 127 laps, and was just under a tenth off the pace of Fuoco in the other Ferrari.

Kimi Raikkonen finished P5, with Alfa Romeo managing to get their C38 repaired in time for the morning session after being written off by Callum Illot during yesterday’s track time. Raikkonen did 110 laps as Alfa made up for the lost track time, with a best lap of 1:17.393.

Nick Yelloly was P8 on his second day out for Racing Point, doing 83 laps in total. His best time was 0.3 clear of Nicholas Latifi’s Williams, who did a 1:18.573 while racking up 88 laps over the day.

Daniel Ticktum was P10 for Red Bull Racing. He brought out the red flags during the morning session when he stopped on track at Turn 10, but was able to rejoin and do a 1:19.458 and 79 laps completed by the chequered flag.

Oliver Turvey, driving the McLaren MCL34 in the morning session, finished P11 and did 52 laps. Lance Stroll, also on duty for Pirelli with a second Racing Point car, was P12 and did 119 laps. Sergio Sette Camara didn’t have much luck on his debut run for McLaren. Taking over the car from Turvey for the afternoon, Sette Camara broke down at Turn 10 as well and, with just 19 laps completed, had to withdraw from the rest of the day’s track time.