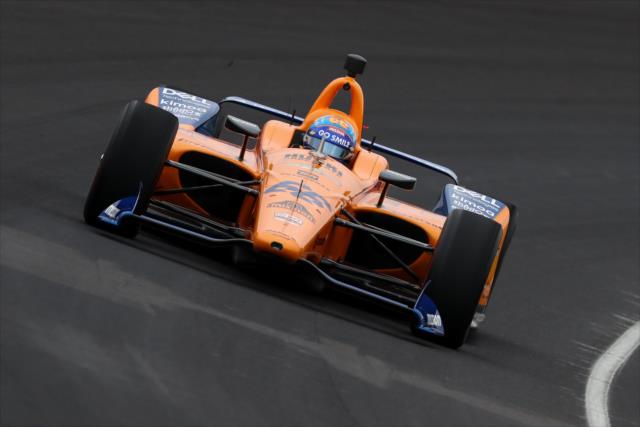 IndyCar will have a McLaren full-time entry from 2020 onwards, as the team have announced their return to the American series.

Having dabbled with IndyCar through two separate Indy 500 entries in recent years, McLaren have officially returned to IndyCar in a full-time capacity from 2020 onwards. Teaming up with the Arrow Schmidt Peterson Motorsports team and Chevrolet, the team will be known as Arrow McLaren Racing SP.

The deal will see the team run two Chevy-powered cars, with Arrow continuing as the title sponsor.

Schmidt Peterson bosses Sam Schmidt and Ric Peterson are to continue in their current roles, while Gil De Ferran will lead the McLaren representation within the team.

No drivers have been announced as part of the new deal, with James Hinchcliffe and Marcus Ericsson currently making up SPM’s line-up. Robert Wickens, currently recovering from serious injuries he picked up in a crash last year, maintains close ties with the team, while Jack Harvey races with Meyer Shank, an affiliate of Schmidt Peterson.

Another obvious candidate for a seat is Fernando Alonso, who remains employed by McLaren as a brand ambassador and most recently raced as the team’s sole entry in this year’s Indy 500 – failing to qualify.

“IndyCar has been part of McLaren since our early years of racing, and the series today provides not only a commercial platform to continue to grow our brand in North America, but competition with some of the best teams in international motorsport.” said Zak Brown, McLaren’s CEO.

“This team provides McLaren with the right synergy as a strategic partner for our return to the sport. We believe together we can help each other achieve our mutual ambitions. Sam Schmidt and Ric Peterson have built a solid foundation and we look forward to working together to take the team to the next level.”

“I’m absolutely delighted that we will expand our relationship with Arrow Electronics across both F1 and IndyCar, while renewing our long affinity with Chevrolet as our engine partner. McLaren and Chevrolet have a special history together in North America and it is fitting they are part of our full-time return to IndyCar.”

“We come to IndyCar in full respect of the sport, our competitors, the fans and the task ahead. At our core, we at McLaren are racers and where there’s competition that puts us to the test, we will race. The NTT IndyCar Series provides such a challenge.”

McLaren haven’t raced full-time in the series since 1979, with Johnny Rutherford at the wheel of the Cosworth powered M24B.

Coming off the back of the failed Indy 500 entry this year, Gil De Ferran ( a former IndyCar/CART racer himself) says McLaren aren’t going into this underestimating the scale of the task ahead: “IndyCar is a natural fit for McLaren, given our legacy and determination to succeed at the top levels of international motorsport. Our ambition, over time, is to consistently compete for wins and championships. We acknowledge the challenge ahead of us but McLaren is committed to this partnership and to supporting the team as a whole.”