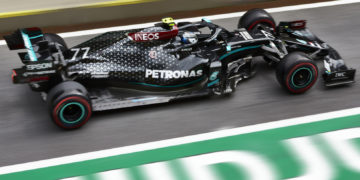 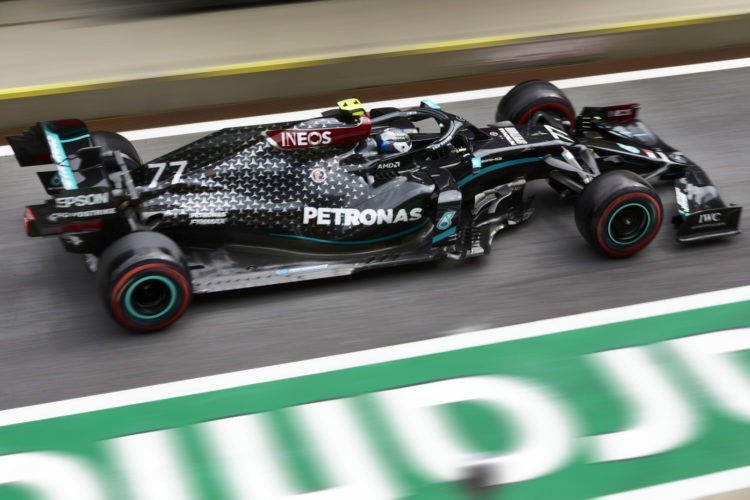 Austrian Grand Prix – Lewis Hamilton and Valtteri Bottas have locked out the front row of the grid in Austria, while Ferrari’s pace in qualifying proved a shock.

Mercedes have locked out the front row of the grid at the Red Bull Ring, with Valtteri Bottas clocking a 1:02.939 on his first run in Q3.

Behind the dominant Mercedes pair, it was the Red Bull of Max Verstappen in P3. He was more than half a second down, and had initially tried to get through Q2 on the Medium compound tyre. However, he wasn’t quick enough and had to swap back to the Softs close to the end of that session.

Lando Norris finished P4 in a stellar qualifying session for McLaren, just a tenth behind Verstappen. Alex Albon finished P5 in the other Red Bull, while Sergio Perez finished in P6 as Racing Point faded a little from their strong practice pace. Charles Leclerc was the quickest Ferrari, as he finished in P7 in what was a shocking session for the Scuderia. Leclerc barely made it through Q2, while Sebastian Vettel couldn’t make it into Q3.

The 4 time World Champion was left on the sidelines as he missed out on Q3 by less than a tenth as Ferrari genuinely struggled to find any pace.

Joining Sebastian Vettel on the sidelines in Q2 were the Alpha Tauris of Pierre Gasly and Daniil Kvyat, as well as Renault’s Esteban Ocon in his first qualifying session since 2018. Romain Grosjean was P15 for Haas.

Highlighting the struggle of the Ferrari customers was the fact that the other Haas, and the two Alfa Romeos of Antonio Giovinazzi and Kimi Raikkonen, were all knocked out in Q1. George Russell highlighted Williams’ improved pace by claiming P17 on the grid, ahead of the Alfas, while Nicholas Latifi brought up the rear in P20.