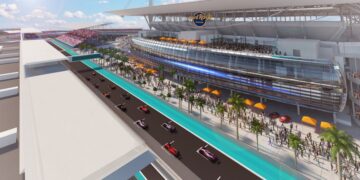 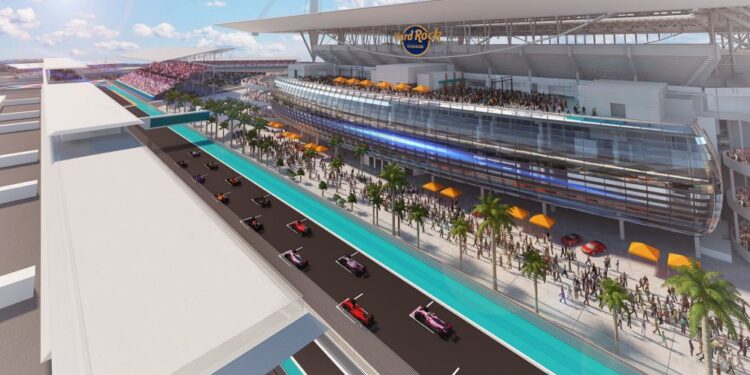 City of Miami Gardens Mayor Rodney Harris has submitted a resolution with a proposed deal for a Grand Prix at the city’s Hard Rock Stadium.

The hosting of the Grand Prix has met stiff opposition from residents nearby with former Miami-Dade County commissioner and activist Betty Ferguson stating the race would be “not only outrageous, but disrespectful to a predominantly African-American community”.

In her written complaint she reportedly said: “I will not be able to enjoy sitting on my patio without wearing ear plugs and worrying about my blood pressure rising because of the noise.”

In an agenda ahead of the City Council meeting on April 14, the memo proposes a number of measures which are designed to mitigate disruption to local residents.

The event will take place around the Hard Rock Stadium exclusively, meaning that the track won’t utilise the Northwest 199th Street, with the race start not taking place prior to 14:30 eastern time due to public schools still running then.

The promotor, South Florida Motorsports, will place noise mitigation barriers of “industry quality” near to the Snake Creek Canal to protect the residents close by, and the promoter will provide air quality and noise monitoring during the event.

A dedicated shuttle bus programme will also be set up to offset any local traffic disruption.

The memo also proposed a $5 million fund for a community benefits package and an F1 in Schools programme at no extra costs to the city.

Should the green light be given, this would see Formula 1 race in Florida for the first time since 1959.