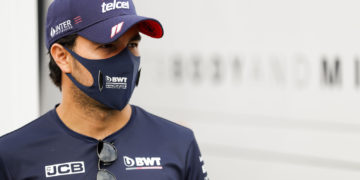 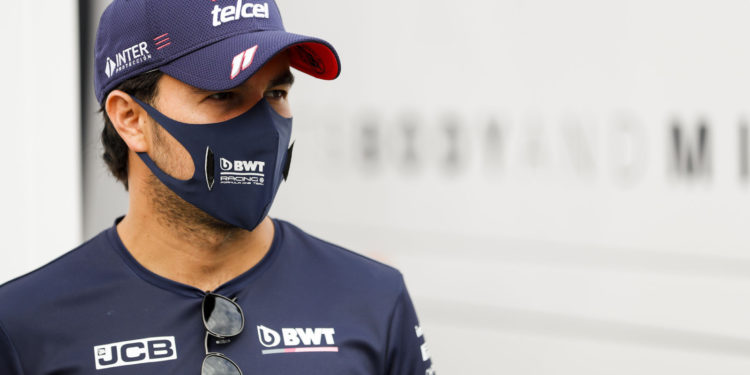 Tuscan Grand Prix – Sergio Perez says he was only told he’d lost his drive at Racing Point just a few hours before announcing it to the world.

Sergio Perez has revealed the details behind his sudden announcement on Wednesday that he will leave Racing Point at the end of 2020. The Mexican driver is only a few months into a three year deal that he signed at the end of 2019, and he should have stayed with the team until the end of 2022 at least.

However, he was dumped without notice in favour of Sebastian Vettel – the 4 time World Champion becoming available on the driver market a few months ago after being similarly dumped by Ferrari.

“The final confirmation came yesterday,” Perez said on Thursday in the FIA Press Conference. He was called by team owner Lawrence Stroll, who told him the news. Sergio says it’s the first he’d heard from anyone at the team that he was to be released: “Nobody told me anything. It’s fine. Seven years with the team.”

Perez has been linked with a possible move to Alfa Romeo or Haas, particularly as he comes with an impressive roster of Mexican sponsors. He says that he’s going to take the time to see if any options appeal to him in particular in Formula 1: “I can look after my future and see what’s available out there, see if there’s something that motivates me to stay in Formula 1.”

“There are options out there. I’m surprised with the options there are.”

Perez will be paid a sizeable sum by Racing Point to be released from his contract, with the rumoured figure being some $10 million.

The Mexican driver has already stated that he doesn’t think he’ll take a sabbatical from racing, meaning that he’ll likely switch series if he can’t secure a Formula 1 seat. He’s already being linked with an IndyCar switch for 2021, possibly with Penske Racing.