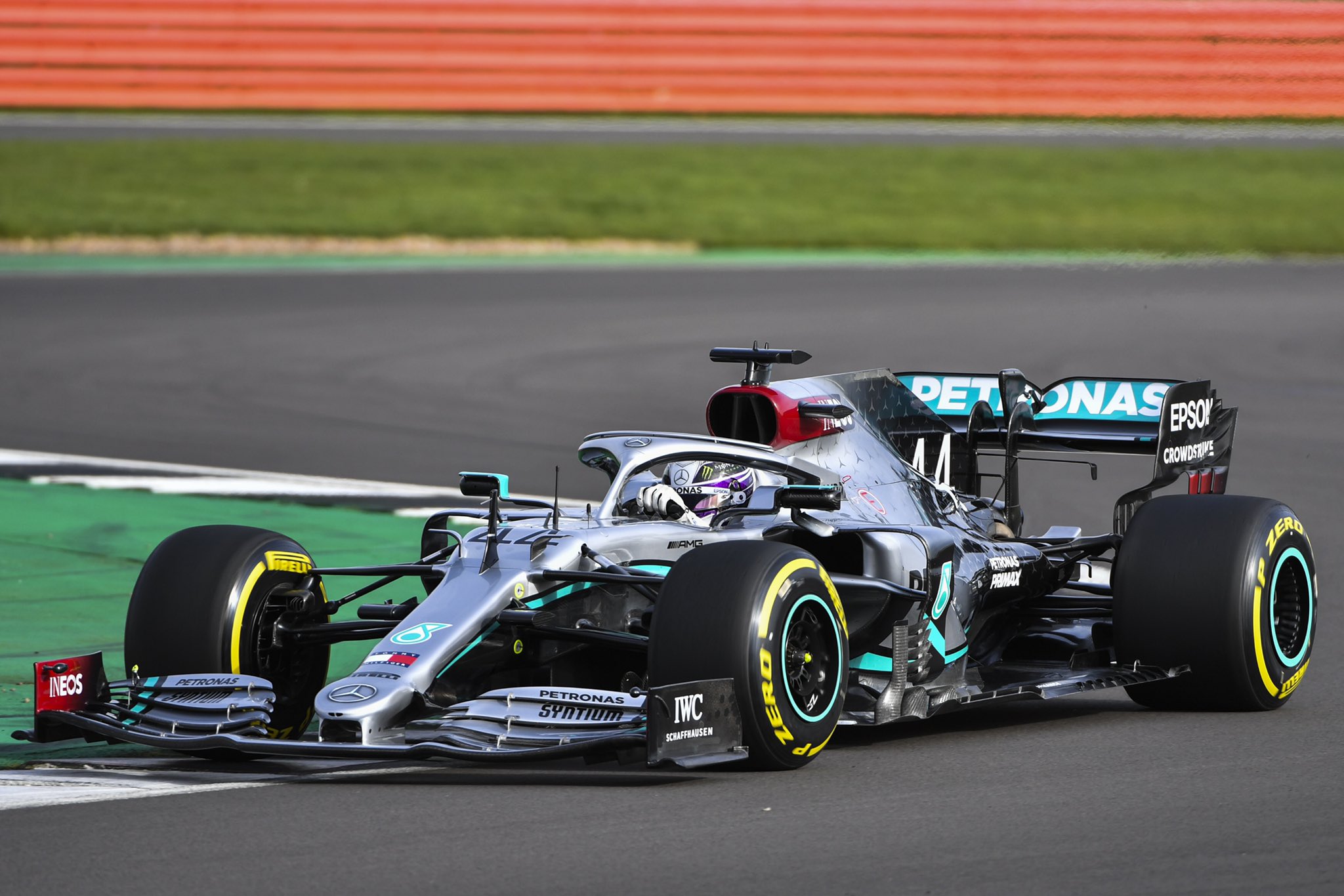 Mercedes AMG F1 Team have released the first pictures of their new W11 at their shakedown at Silverstone on Friday morning.

Following on from their livery launch to announce new major sponsor INEOS on Monday, Mercedes have revealed the first studio shots of their new W11 – the car with which they and Lewis Hamilton will defend the Driver’s and Constructor’s Championships.

Both Hamilton and teammate Valtteri Bottas are at Silverstone on Friday, as the team carry out an initial shakedown of the W11 at the National configuration of the British circuit.

“I’ve had the best winter training yet,” said Lewis Hamilton at the launch event.

“Over the winter, I’ve really been trying to analyse where we were last year and how I can grow and improve as a driver and as a human being. Having great consistency is going to be key for all of us – not just in terms of our reliability, but also for us as drivers. This team works so hard to give us this incredible machine, but if we put a foot wrong out there, it costs all of us, so that’s something I’ve really been trying to focus on – how can I take it to another level as a driver, how can I extract more from myself and from the team, and trying to deliver something really great this year. This is my eighth year with this team and this year’s challenge is super exciting. I have no doubt every single team member will try to raise the bar within themselves and I’ll be trying to do the same.”

“I think this has been my best winter training so far,” said Valtteri Bottas. “I did a lot of different training routines in different climate zones; I’m ready and prepared and I can’t wait for the new season to start. I actually did quite a bit of driving as well – from rally cars to dog sleds in the snow in Finland. This season is going to be really challenging, but I know that every single member of this team will give it everything to put us in the best possible position for the fight.”

The Finnish driver took the wheel of the W11 for the initial runs on Friday morning, before Lewis Hamilton stepped into the car in the early afternoon. More pictures will follow throughout the day and this article will be updated.