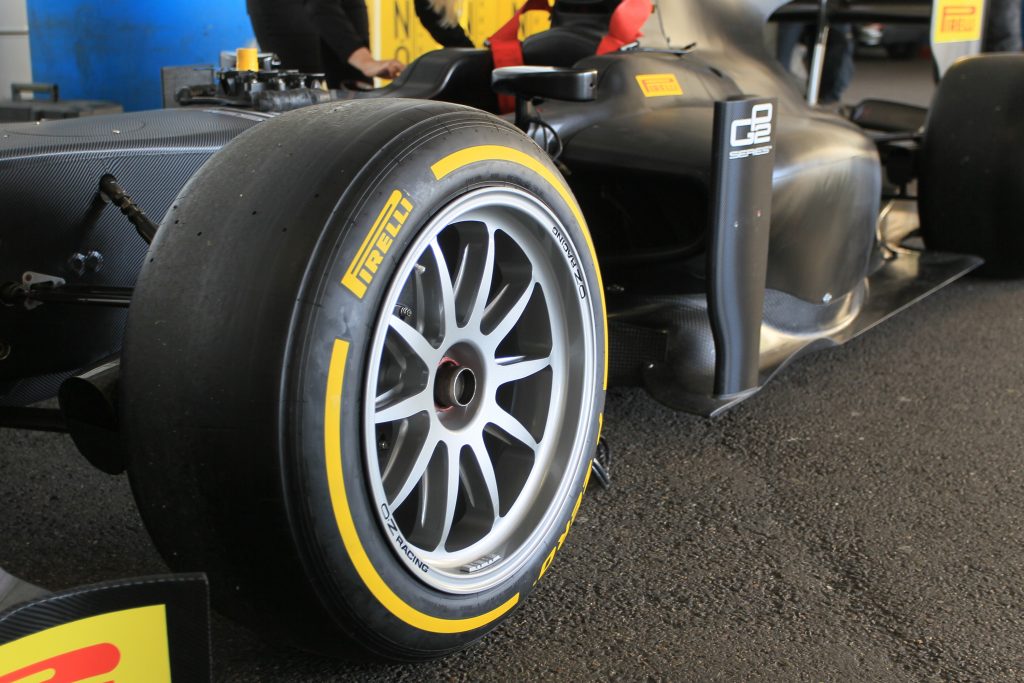 Pirelli boss Mario Isola has outlined the challenges the F1 teams face ahead of the introduction of larger 18 inch wheels in 2021.

An announcement was made over the Spanish Grand Prix weekend that Formula 2, the feeder series to F1, would change to 18 inch wheels from the start of the 2020 season. This would help prepare the way for the same changes being introduced to Formula 1 in 2021. Added to the wheel size change, tyre blankets will also be banned.

Aside from the aesthetic appeal, the change will trigger a raft of knock-on effects which teams will have to adjust to in their car designs, having used 13 inch wheels for over twenty years.

Asked by FormulaSpy to explain the effects the wheel size change will have, Isola explained: “The technical challenge is to design a car that’s not just about the change to 18 inch tyres, it’s a complete car re-design. The aero package is a big challenge, the suspension because with the 18 inch tyres the sidewall is part of the suspension, and the removal of tyre blankets means that the delta pressure from cold to hot will be higher.”

He also explained that the stiffer sidewalls would help with maintaining the rigidity and pressures due to there simply being less air within the tyre: “Having less volume of air in the tyre means higher pressure. The modification of the footprint will be different too, and it’ll be a big challenge to take on all this. For us just as much as the teams.”

Another big area to consider is that of aerodynamics, as the entire airflow around the car would be altered by the change. For instance, a 2019 car is designed to have its aero work with 13 inch wheels. 18 inch wheels bolted onto the car would practically negate the car’s aero and make it undriveable.

Isola also explained that the uncertainty regarding the brake regulations for 2021 are muddying the waters a little for Pirelli: “It’s still not clear what’s going to happen with the brakes, and that’s important and there’s a lot of heat exchange between the brakes and the wheel rims. The teams are using heating or cooling, depending on the conditions, to generate performance in the tyre. If the brakes are smaller, or further from the rim, the heat exchange will be more difficult. So controlling this parameter will be more difficult.”

Three teams are set to begin 18 inch tyre testing later this season. Renault, Mercedes and McLaren are all supplying a mule car with which to begin testing – each team will get two days each, spread out over September, October and November. Isola explained that all the teams were initially offered the chance to test by Pirelli this year, but just three teams responded with interest.

He says that the lack of interest in potentially learning something ahead of their rivals didn’t come as a surprise to Pirelli: “I’m not surprised that more teams aren’t worried about testing this year as we have twenty five days of testing next year. We’re testing this year until September with 13 inch tyres and then we move to 18 inches. We have the majority of the teams testing 13 inches for 2020, we have three teams testing 18 inches for 2021 and then, next year, we will offer this to all the teams. I’m sure we’ll have seven or eight teams will take part in this test campaign.”

“Pirelli will give all the information to the teams. Anyone who tests knows what’s happening on the car, but we are distributing all the data to all the teams. For the small teams without big budget for a mule car, it’ll be useful for them to get the data without spending money on a mule car. Maybe next year, they can make a mule car and confirm the data they’ve got and analysed.”

“The prototypes we test later this year in September, October, November are different from the final version of the tyre. We have a lot to do in the one year we have with the 18 inch tyres and I don’t believe there is any real advantage for the three teams who will test them in 2019. Obviously, they believe they’ll have an advantage, otherwise they wouldn’t test. But I don’t think it’s a big advantage.”