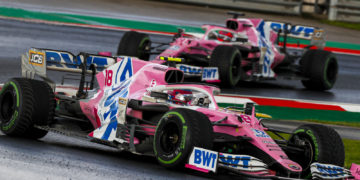 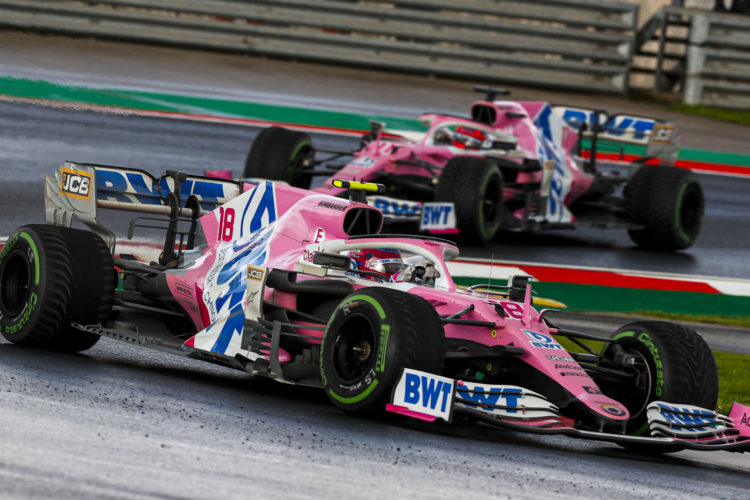 Turkish Grand Prix – Racing Point’s Otmar Szafnauer says that pitting Lance Stroll from the lead for another set of intermediates was the right call. Lance Stroll was one of the star performers of the Turkish Grand Prix weekend. Snatching his maiden pole position on Saturday, the Canadian stormed into an early lead and appeared to be in complete control of the race during the opening half of the race.

Enjoying a lead of over ten seconds over teammate Sergio Perez after the first round of pitstops when the drivers swapped their Wets for Intermediates, Stroll’s lead was slowly whittled away by Perez as the conditions improved bit by bit.

Stroll was told over team radio that the team were trying to get far enough into the race to attempt a swap to dry compound tyres, but this moment never came. With the Ferrari drivers, Alex Albon, Daniel Ricciardo and the two McLarens all pitting a second time for fresh Inters, Racing Point pulled the trigger and brought Stroll in from the lead for another set.

Almost immediately, it became evident that Stroll wasn’t happy on the fresh Inters as he complained about graining over team radio. He started falling down the order and, by the chequered flag, had fallen down to P9.

He explained that the call to bring Stroll was the correct one, despite the team not doing the same for Sergio Perez – the Mexican ultimately finishing in P2. “He handled the pressure of starting on pole position very well. He was flawless today and carved out a lead of over 10 seconds, when his tyres worked as expected. It was tough to judge the conditions, but we made the right call to switch Lance to intermediates, rather than wait for slick conditions that ultimately never arrived. We need to look into why Lance struggled so much with graining on the new intermediates because that prevented him from joining Checo on the podium.”

A disappointed Stroll said he simply couldn’t understand what happened: “We need to go away and figure it out. I made a good start from pole position and I was able to build up a lead of over 10 seconds in the first stint, which gave us a real platform for the second stint to get a great result. Throughout the race, I was struggling with graining on the intermediate tyre.”

Stroll explained that he was also suffering from graining on his first set of Intermediates, which is why he didn’t protest harder about being brought in: “The team made the right call to pit when we did because the graining was extremely difficult and it didn’t look like slick conditions would ever arrive. But we then had significant graining on my second set of intermediates, and I couldn’t push to make up places. In hindsight, maybe staying out would have allowed the tyre to clean up, but it’s easy to say that now. Getting pole yesterday was a great achievement, but the points are scored on Sunday. It was fun to lead so many laps, but we didn’t lead enough!”