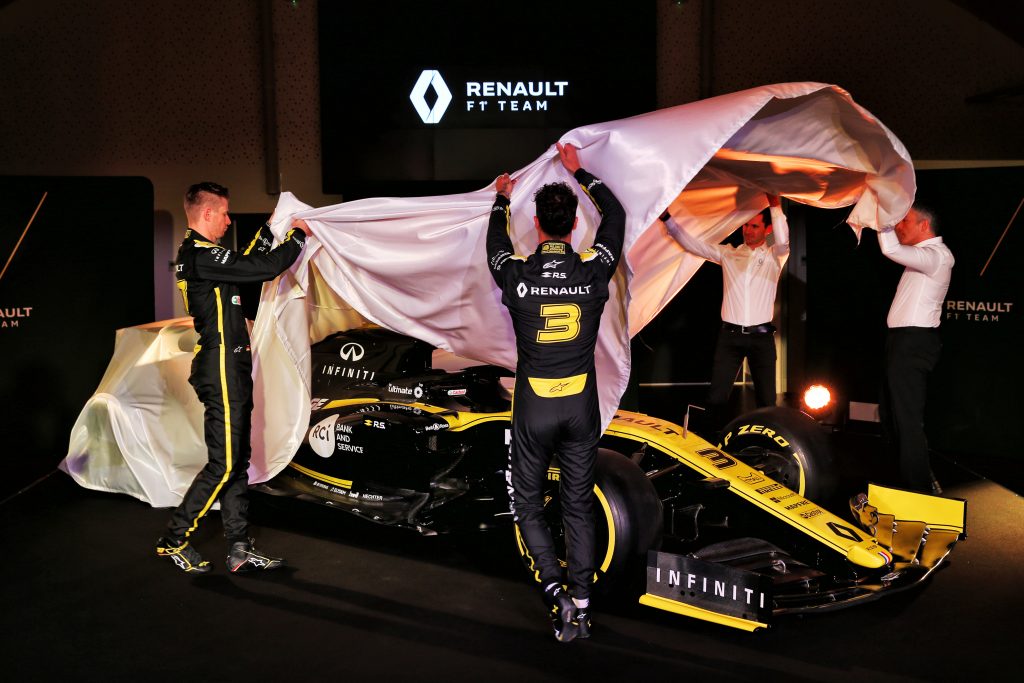 Renault’s 2020 car won’t be physically part of the team’s launch on Wednesday, with studio renders instead forthcoming after the presentation.

Renault are due to hold their launch event at the L’Atelier Renault on the Champs-Elysees in Paris on Wednesday 12th, but say that their 2020 car won’t actually be at the launch. A reason as to why the R.S.20 won’t be physically present at the team’s launch event hasn’t been confirmed.

Instead, the team will offer ‘glimpses’ of the 2020 car in its pre-season testing livery at the very end of the presentation, while studio renders of the car will be forthcoming as the event concludes.

The launch event will not be live-streamed on Renault’s social media platforms, although there will be coverage on Twitter as the various luminaries speak at the press conference to kickstart the team’s 2020 campaign.

Both race drivers Daniel Ricciardo and Esteban Ocon will be there, along with team boss Cyril Abiteboul and Executive Director Marcin Budkowski.

The launch event is due to start at 2pm local time, while the delayed appearance of the R.S.20 means the car won’t be physically seen until the start of testing in Barcelona on February 19th. Renault go into 2020 aiming to bounce back from slipping to P5 and behind customer team McLaren in the Constructor’s Championship in 2019.

Also launching on the 12th of February are Red Bull Racing, whose RB16 will be shaken down at a private filming day at Silverstone before photos and videos are sent to the media.