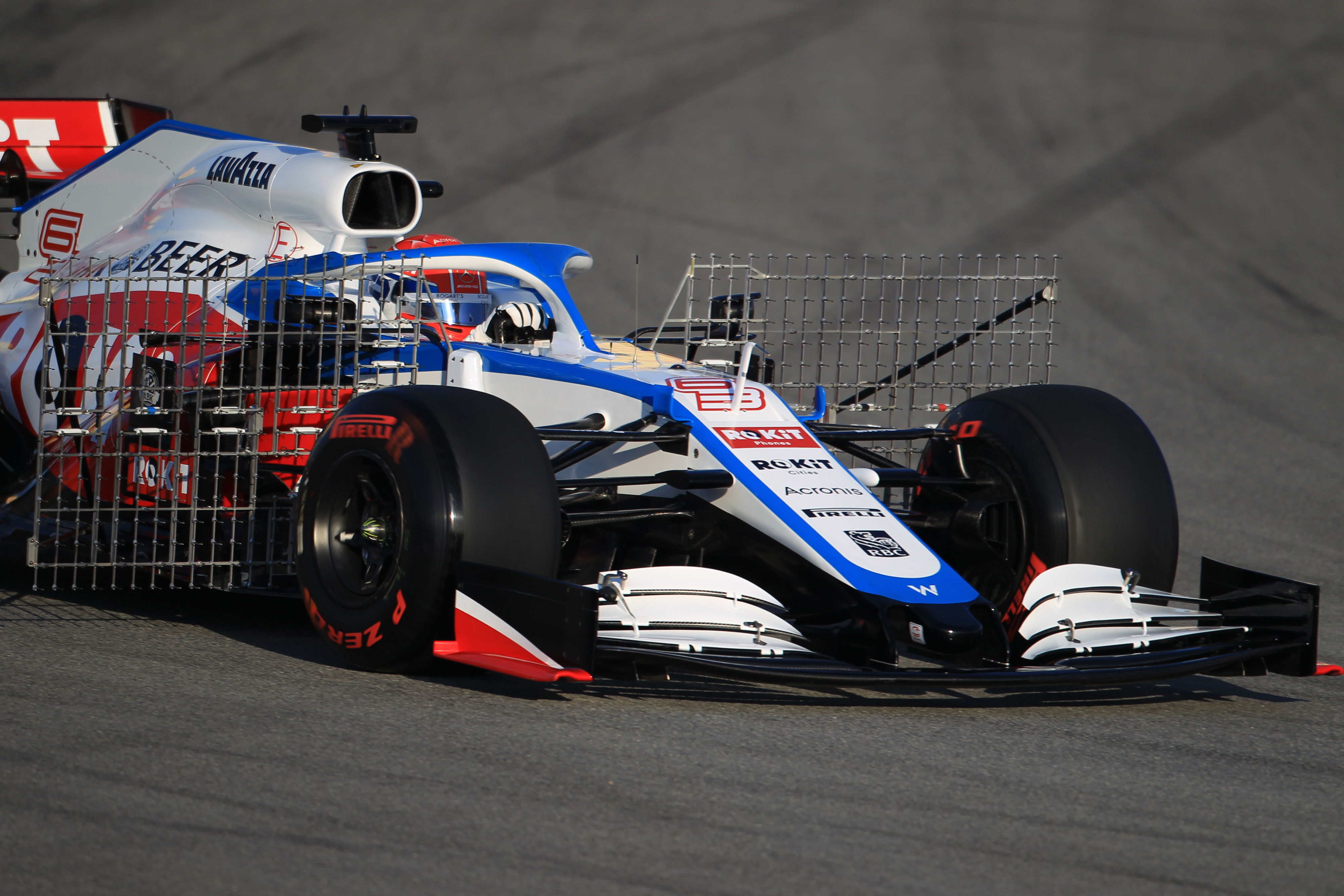 Williams’ George Russell couldn’t hide a smile as he spoke at Wednesday’s FIA Press Conference during the lunch break at pre-season testing. The British driver had logged 73 laps during the morning session, with a best time of 1:18.168 significantly quicker than anything Williams managed last year at the Circuit de Catalunya-Barcelona.

“Definitely the general handling of the car is much better,” Russell said when asked about the feel of the new Williams FW43.

“From the first lap today, I had the confidence to push the car to the limit, whereas last year it wasn’t a nice feeling in the early laps. It was quite scary to drive, actually, last year, in the opening laps and trying to build that confidence. So, already that’s better.”

“We had an intense morning planned to get everything and it was important to get out from the beginning.”

“What we saw this morning looks like a massive success comparing to last year and it is but the fact we have a car that went to testing is not something to exactly celebrate. It should be normal.”

“We’re here, we’re going through our program. We had a very smooth morning. We had no issues. We did every lap we were meant to do and that was positive.”

Asked about how it can be so different considering Williams have said there is no fundamental difference in the concept of the FW43, Russell said: “The difference is from my first lap today, I was confident. Pushing the car almost to its limit. Where as last year, it was almost scary to drive the car and be in a daze. Granted we didn’t have all the bits on our first day when I first drove the car but nevertheless the car gave me confidence. Its not about giving me confidence – its about producing fast lap times so if the car is great to drive but its slow…… if it is driving fast , i would prefer that.”

“From the struggles of last year, it was incredibly tough time for the 700-odd people back at the Williams factory last year, when they’re working absolutely flat out to try and make things ready and work in double time. So, now, it’s sort of a relief for all and now we can just get cracking on our test programme.”