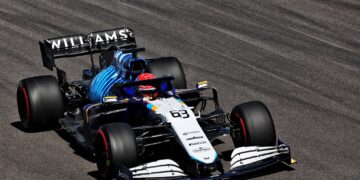 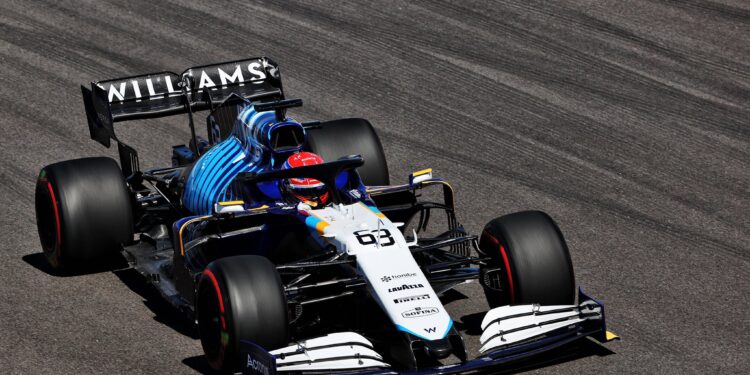 Portuguese Grand Prix – George Russell put in a strong qualifying performance for Williams being half a tenth off making it to the top ten shootout.

The British driver was aided through Q1 by a bad day for Daniel Ricciardo, where Russell’s time saw him take P15 by just 0.042 over the McLaren. Russell then got his usual Saturday magic back on track and put in a fantastic lap for Williams to take P11 for their best qualifying position since the Italian Grand Prix in 2018.

Russell missed out on his first Williams Q3 appearance by Pierre Gasly, who set a time 0.057 seconds ahead of the Brit. Despite that, Russell was extremely proud of the job he and the team had done during the afternoon.

“It was a great performance from us,” said Russell. “I did not expect Q2 after this morning, yet alone P11 on the grid. We made it happen when it counted which seems to be the theme at the moment. It’s our best qualifying position in three years so I’m really proud. We all have our responsibilities, and as a team we did a really good job.”

Looking to the race Russell thinks the team are in a good position to do well, having the better tyre than the cars in front and believing the Williams’ speed will help against the cars behind.

“Tomorrow we’ve got to keep moving forward,” said Russell. “We’re on the medium tyre from the start the rivals around us will be on softs, which is not a good race tyre, so we’re in a great position. A good start, a good first lap, we have the straight line speed so I think the guys behind will really struggle to overtake us, so eyes forward and maximum attack.”

Russell’s teammate, Nicholas Latifi, didn’t have as good a day and ended P18 after being unable to get a clean lap for his final Q1 run. Nonetheless, the Canadian was happy with how the team had improved the car from Friday.

“Today was an improvement as we made some big changes overnight,” said Latifi. “However, it wasn’t the best qualifying for us, and I wasn’t able to get a clean lap at the end of Q1. I am still struggling with the car balance along with the track surface, as everyone is sliding around. It was a bit of a frustrating day, but the race is tomorrow, and we must focus on that.”