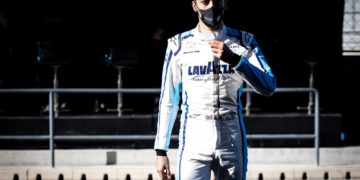 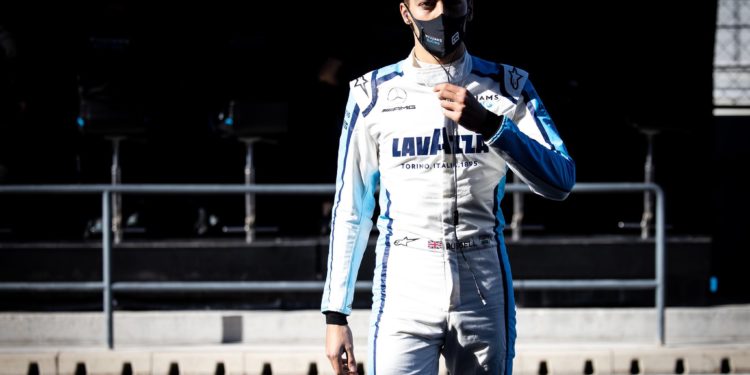 George Russell believes that rumours he could be replaced at Williams by Sergio Perez are being pushed by the Mexican’s team.

Both Russell and his teammate, Nicholas Latifi, were confirmed to be driving for Williams in 2021 back in July. However, since then the British team has been sold and as such, the contracts might not be valid with the new owners.

Since it was announced that Perez would be leaving Racing Point at the end of the year, being replaced by Sebastian Vettel, rumours about where the Mexican driver could end up for the 2021 season have been rife.

Speaking after Sunday’s Portuguese Grand Prix, Russell speculated that it was the Perez camp who have been spreading the rumours of a move to Williams. “I think all of this speculation has probably been fed by the Perez camp,” said Russell.

“[They] are trying to apply pressure on other teams further down the grid, potentially [for] a Red Bull seat. That’s my view on it.”

The British driver is confident that he will be racing with Williams next season, saying “I’ve got a contract, I’ve got nothing to worry about, and I’m just here focusing on my job.”

The interim Team Principal of Williams, Simon Roberts, has not helped to calm speculation by refusing to comment on whether the team would be sticking with the Russell/Latifi lineup.

“I’m not going to say anything about either of our drivers,” Roberts said in the leadup to the Portuguese Grand Prix weekend.

“They are both doing a great job. There’s so much speculation around I don’t want to inadvertently fuel it. Someone will take some nuance from whatever we say. We’re happy. Let’s watch the rest of the market. We just don’t want to say anything, one way or the other. We’re here to focus on a race weekend. We haven’t got any news.”

Both Russell and Latifi are confident that the contracts they signed means their seats are secure but, before being let go from Racing Point, Perez still had two years on his contract with the team.