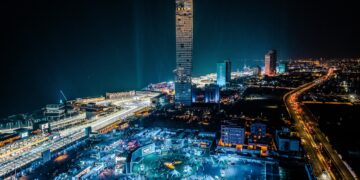 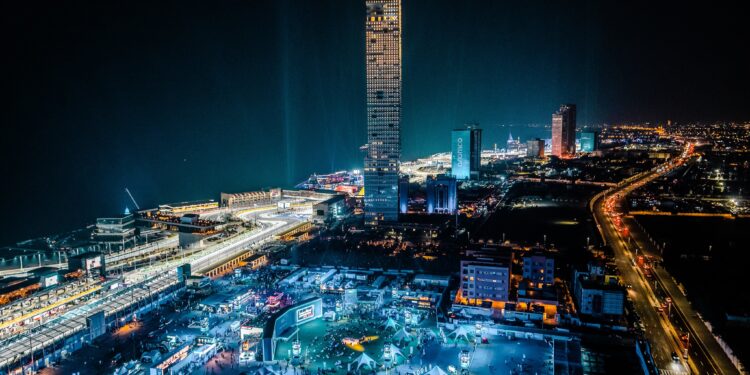 Saudi Arabian Grand Prix – F1 and the Saudi Motorsport Company have announced that the Grand Prix will “continue as planned” despite a nearby attack.

Near the end of FP1 a plume of black smoke could be seen in the background of some camera shots and social media was reporting that there had been a missile strike at an Aramco oil facility just a few kilometres away from the track.

The Formula 2 qualifying session was then held as night fell in Jeddah while F1 waited for official confirmation on what had happened to cause the fire. Prior to the start of the second practice session, all the F1 teams and drivers were called to a meeting with FIA President Mohammed Ben Sulayem and F1 CEO Stefano Domenicali, where they were told what had happened, by that point the Yemeni rebel group, Houthi, had claimed responsibility for the attack, and the F1 teams were informed that the weekend would continue as planned.

FP2 started fifteen minutes later than was officially scheduled and ran for the full hour, with F1 stating that: “F1 has been in close contact with the relevant authorities following the situation that took place today. The authorities have confirmed the event can continue as planned and we will remain in close contact with them and all the teams and closely monitor the situation.”

The drivers and team principals were called down so Stefano Domenicali could update them with the latest information. Believe drivers had already spoken among themselves. A few a far from ready to go for FP2 #F1 #SaudiArabianGP https://t.co/pmCT5l2uCJ

A second official meeting with the teams and Saudi officials was scheduled for after the practice hour, and all post-session media commitments for the drivers had been cancelled.

The race promoter, the Saudi Motorsport Company released their own statement that acknowledged there was an attack nearby, they would be remaining in contact with the Saudi Security Authorities and that everything would continue.

The full statement reading: “We are aware of the attack on the Aramco distribution station in Jeddah earlier this afternoon and remain in direct contact with the Saudi Security Authorities, as well as F1 and the FIA to ensure all necessary security and safety measures continue to be implemented to guarantee the safety of all visitors to the Formula 1 STC Saudi Arabian Grand Prix as wall as all drivers, teams and stakeholders.

“The race weekend schedule will continue as planned. The safety and security of all our guests continues to be our main priority and we look forward to welcoming fans for a weekend of premium racing and entertainment.”

After the second meeting ended Domenicali announced that F1 was reassured by what the authorities told them and as such, the teams and drivers had unanimously agreed to continue with the weekend.

“We have had a meeting with the drivers and the team principals together with the maximum authority of Saudi with the Prince Abdulaziz, the minister of sport and Prince Khalid, the president of the ASF and of course with Sheikh Mohammed Ben Sulayem, the president of the FIA and the government of Jeddah,” Domenicali said afterwards.

“We have received total assurances that the country’s safety is first. No matter what the situation, safety has to be guaranteed. They are here with their families, actually here at the track, they have in place all the systems to protect this area, the city, the places we are going. So we feel confident and we have to trust the local authority in that respect. Therefore, of course, we will go ahead with the event.”

“Who are they targeting? They are targeting the economic infrastructure, not the civilians, and of course, not the track.

“Of course we checked the facts from them and we had assurances from the highest level that this is a secure place, the whole thing will be secured and let’s go on racing. For sure all the families are here, we are only looking forward but with an assurance that nothing is going to happen.”

Despite Domenicali’s assurances that everyone was in agreement, Mercedes Team Principal, Toto Wolff’s, interview made it clear that at that stage the teams had decided to go racing but the drivers would be staying on to have their own meeting. After about an hour on their own, Domenicali and Ross Brawn joined the drivers.

Another hour passed before the management left and the drivers continued to stay in the room debating. The team principals then rejoined them and after half an hour left to talk to race control. Another half hour went by and a conclusion had apparently been reached, while George Russell, one of the director of the Grand Prix Drivers Association, headed to race control while the rest evaded the media and started leaving the track. Russell and the team principals followed a few minutes later.

So far there there have been no official announcements but media members at the track are reporting that, while some drivers don’t seem too happy about it, the rest of the weekend will go ahead as planned. The BBC found some information on what had happened and, unless it was just badly worded after such a long day, the “further information” the drivers were given sounds more like coercion than convincing.

“BBC Sport has learned that a significant number of drivers had concerns about the safety of the event following the attack. But eventually they were convinced to go ahead and race after being given further information by bosses.

“Part of this information involved the possible consequences of not racing, such as how easily teams and drivers would be able to leave the country if the race did not happen.”

Still going on, past midnight and longer than two hours for a few of these guys now! Domenicali came back a while ago. Brawn joined them too. At this point sticking it out purely out of curiosity for how long it lasts…

Domenicali and Brawn leave the meeting. Only drivers now. It's 1:08 am#f1 #Jeddah pic.twitter.com/Th85K23mxy

All team principals leave the meeting. They go all together to race control. Drivers alone again. #F1 #Jeddah pic.twitter.com/BTlsbWROXR

Most drivers leave round the back. Russell heads to race control with Seidl #F1 #SaudiArabianGP pic.twitter.com/ttpQFMgx96

They were given extra information – exactly what is unclear at this stage – before coming to that conclusion. But there have been serious misgivings among them as a group before getting to this point

Mercedes Team Principal Toto Wolff says there was a unanimous agreement between the team principals for the Saudi Arabian Grand Prix to go ahead. pic.twitter.com/bI5DaaOHQc