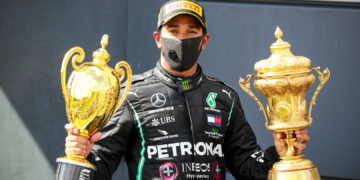 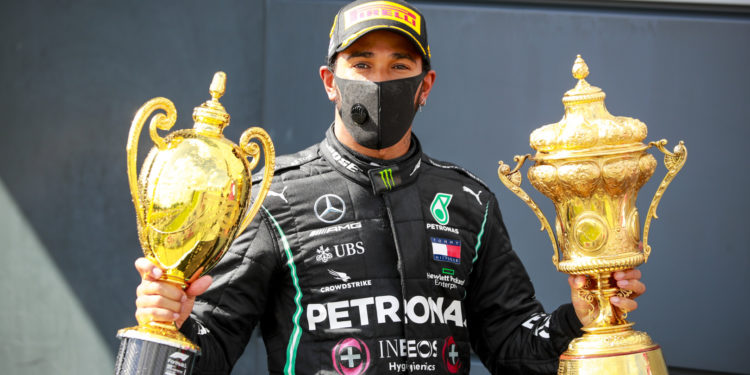 In recognition of Lewis Hamilton’s achievements in Formula 1, Silverstone are renaming their pit straight as the Hamilton Straight.

After equalling Michael Schumacher’s record of 7 World Drivers’ Championships as well as breaking the German’s total number of race wins earlier this season, Silverstone’s owners, the British Racing Drivers’ Club (BRDC) have decided that Hamilton’s achievements should be marked at the home of British Formula 1 racing.

The renaming of the International Pits Straight to the Hamilton Straight will mean that Hamilton will become the first racing driver to have a part of the Silverstone track named after them.

The Mercedes driver has taken seven victories and stood on the podium a total of eleven times in the fifteen Formula 1 races he has competed in at the British circuit. His first podium came in his debut season in the sport, 2007, with his first home win the following year.

This season has seen Silverstone host two events, the British Grand Prix and the 70th Anniversary Grand Prix, with Hamilton winning the former, despite having to complete his final lap on three wheels after a tyre failure, and taking second in the latter.

President of the BRDC, David Coulthard, delivered the news of the renaming to Hamilton after qualifying.

“I was delighted,” said Coulthard. “In my capacity as President of the BRDC, to share this news with Lewis today. It is the first time in Silverstone’s history that a part of the circuit has been named after any individual.

“Lewis has become a huge part of this history and the directors of the Club and I felt there was no better way to mark this than to re-name the iconic pits straight in recognition of his record-breaking achievements.”

Big news for Lewis from the BRDC President, our very own DC:@therealdcf1: "Silverstone would like to officially name the start-finish straight the Hamilton Straight. No other part of the circuit is named after a racing driver." 👏