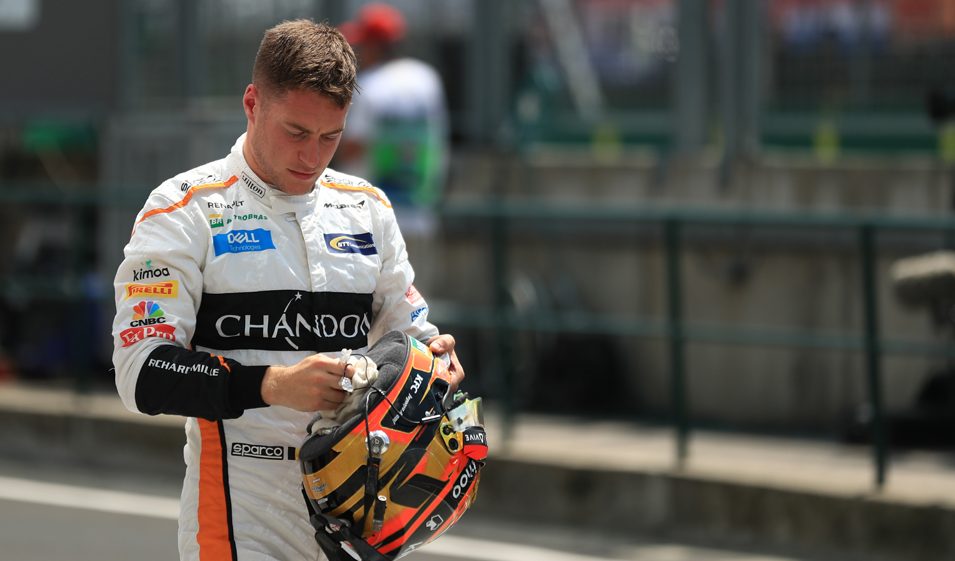 Stoffel Vandoorne gets the axe from McLaren

Stoffel Vandoorne gets the axe from McLaren

McLaren have confirmed that Stoffel Vandoorne will depart the team at the end of 2018.

McLaren have confirmed Stoffel Vandoorne will not be racing with them in 2019. Having joined the team’s young driver program in 2013, Vandoorne had to wait patiently for his chance at a race seat due to Fernando Alonso & Jenson Button being the team’s more elite signings. Getting his chance in 2017 after the retirement of Jenson Button, Vandoorne has taken part in 24 Grand Prix with McLaren since but has failed to encounter significant success.

While this is mostly down to the continued uncompetitiveness of the cars provided to him, Vandoorne has been thoroughly put in the shade by teammate Fernando Alonso – who bows out of the sport at the end of this year.

“I’m very grateful to McLaren for investing their faith in me over the past five years. I joined McLaren as a young driver and have since seen my career progress within the team from Test and Development Driver to Reserve Driver and then to full-time race driver.”

“While we haven’t achieved the success we’d all hoped for, I’ve really enjoyed the past two seasons racing for McLaren and I have a great relationship with everyone in the team.”

“My time at McLaren has been a great chapter in my career and I’m thankful for the opportunity the team, Shaikh Mohammed bin Essa Al Khalifa and Mansour Ojjeh have given me to gain valuable Formula 1 experience and develop as a driver. I intend to give it my all for the remaining seven races of this season, and will announce my plans for next season in due course.”

McLaren have been going through a time of turmoil in terms of personnel in recent times. Eric Boullier departed in June, replaced by Gil De Ferran – father of Vandoorne’s girlfriend Anna. Both drivers will now need replacing for 2019, with Zak Brown confirming that the line-up will be announced as soon as it’s finalised.

A likely candidate is Lando Norris, who is the team’s reserve driver, while there is also the possibility of Sergio Perez joining from Force India as they are likely to sign up Lance Stroll after his father’s takeover of the team. Kimi Raikkonen, who may be ousted from his Ferrari seat by Charles Leclerc, may also have a chance of returning to the team where he raced between 2002 & 2006.