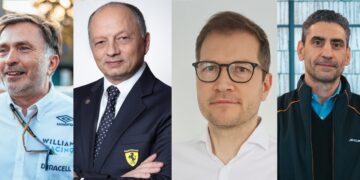 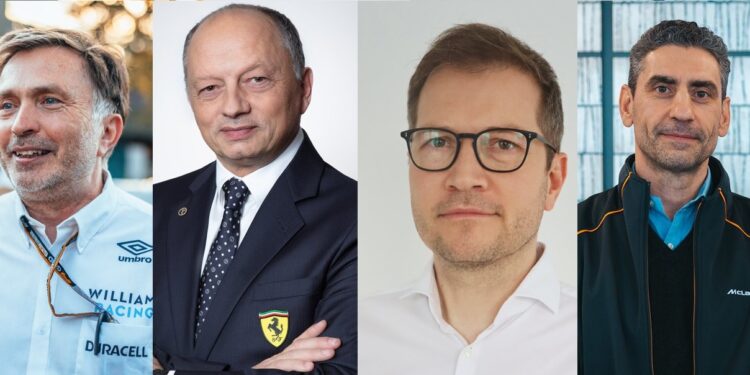 Over the past day there have been a lot of changes on the grid with Ferrari and McLaren getting new Team Principals, Alfa Romeo and Williams soon to follow.

Last night Williams revealed that both their Team Principal, Jost Capito, and Technical Director, FX Demaison, would be leaving at the end of the year but their replacements haven’t yet been announced.

Capito spent the past two years as both team principal and CEO, after the Williams family sold the team to Dorilton Capital, and said: “It has been a huge privilege to lead Williams Racing for the last two seasons and to lay the foundations for the turnaround of this great team. I look forward to watching the team as it continues on its path to future success.”

The Chairman of Dorilton Capital, Matthew Savage, thanked Capito and Demaison for their contribution to the team and wished them well.

“We would like to thank Jost,” Savage said, “for his hard work and dedication as we embarked on a major transformation process to begin the journey of reviving Williams Racing. We’re grateful that Jost postponed his planned retirement to take on this challenge and now he will pass the reins on for the next part of this staged process. We would also like to thank FX for his contribution and wish him all the best for his future as he moves on.”

Then this morning there were a raft of changes announced as top team positions were left and replaced. It started with Fred Vasseur, who will be leaving Alfa Romeo in January, after six years with the Swiss team.

“As I prepare to bring my adventure at Alfa Romeo F1 Team ORLEN to an end, I can look back fondly at these six years together,” Vasseur said. “I owe a debt of gratitude to every single employee of the team, as they are the ones who got this team back on their feet and climbing the ladder of our sport.

“I am proud of the job we collectively have done as a team and a company, and even more so of the strong foundations we have laid for what’s to come next: but what I am the proudest of is the people that made this all possible, which in time have become friends.

“This team will always feel like home and I’ll be rooting for it wherever I go. I have learnt so much during my stint as a CEO and Team Principal and I feel each day has equipped me for what is to come.

“I know Alfa Romeo F1 Team ORLEN will keep going from strength to strength and I’m looking forward to seeing them compete at the business end of the grid in the next few years.”

The Frenchman had been most people’s guess as to who would be taking over from Mattia Binotto at Ferrari and half an hour later that was confirmed with Ferrari sending out their own press release.

“I am truly delighted and honoured to take over the leadership of Scuderia Ferrari as Team Principal,” Vasseur said. “As someone who has always held a lifelong passion for motorsport, Ferrari has always represented the very pinnacle of the racing world to me. I look forward to working with the talented and truly passionate team in Maranello to honour the history and heritage of the Scuderia and deliver for our Tifosi around the world”.

Benedetto Vigna, Ferrari’s CEO believes that the addition of Vasseur, and his style of leading, to the Scuderia will be the push Ferrari need.

“We are delighted to welcome Fred Vasseur to Ferrari as our Team Principal,” added Vigna. “Throughout his career he has successfully combined his technical strengths as a trained engineer with a consistent ability to bring out the best in his drivers and teams. This approach and his leadership are what we need to push Ferrari forward with renewed energy.”

The Alfa Romeo CEO position wasn’t left empty for long as within a couple of hours Andreas Seidl, who had been the McLaren Team Principal since 2019, was named as the new man for the job ahead of the team becoming the Audi factory squad in 2026.

Seidl has a history with the team, as under their BMW guise in the 2000s, he was their Head of Trackside Operations.

“It is great to join the Sauber Group from January: this is a team with a rich history in Formula 1 and an organisation I know really well from my time working and living in Hinwil for four years,” said Seidl.

“I can’t wait to join the team and work with all the colleagues at the Sauber Group on the ambitious goals we have set together. I want to thank Finn Rausing and everyone at the Sauber Group for their choice: I am looking forward to repaying their trust with my work.”

Sauber bosses were thrilled to have the German back on the team with Finn Rausing, Head of the Board of Directors saying: “It is an immense pleasure to welcome Andreas Seidl back to Hinwil as CEO of the Sauber Group. Andreas’s experience is second to none and he brings to Sauber Group a clear understanding of what is required to achieve sustained success.

“He takes over a company on an upward path and he shares our commitment to keeping our organisation growing: I look forward to many years of success together.”

One of Seidl’s first priorities with Sauber will be to find a new Team Principal.

And finally the morning came to an end with McLaren filling the gap in their team with a promotion from within as Andea Stella, who had most recently been working as Racing Director but before joining McLaren in 2015 had spent 15 years performance engineering and race engineering Michael Schumacher, Kimi Raikkonen and Fernando Alonso.

“I feel privileged,” Stella said, “to take on the Team Principal role as the next stage of being part of the McLaren F1 Team. I am grateful to Zak and the Shareholders for their trust in me and to all my colleagues and those who have supported me throughout my F1 career.

“We are realistic about the amount of work ahead of us to move back up the grid, but I am excited and encouraged that I am in this journey together with a team full of talent, experience, racing spirit and dedication. I look forward to working closely with each of them, Lando and Oscar, to together achieving great success and enjoying the journey.”

While CEO Zak Brown thanked Seidl for being so open with the team about his wish to move to Sauber and added that Stella’s promotion demonstrates the strength of McLaren.

“I’m delighted that Andrea Stella will step into the Team Principal role and lead our F1 technical and operational programme. Andrea is a highly talented, experienced and respected member of our team with a strong track record of leadership and success in Formula 1.

“His move into this role is a great example of the strength in depth we have in our team, and I’m excited to be working more closely with him with a joint focus on moving up the grid and winning races.

“I’ve really enjoyed working with Andreas. He has provided great leadership for the team and has played a significant part in our F1 performance recovery plan and ongoing journey to return to the front of the grid. I thank him for the transparency throughout the process which gave us time to plan accordingly.”