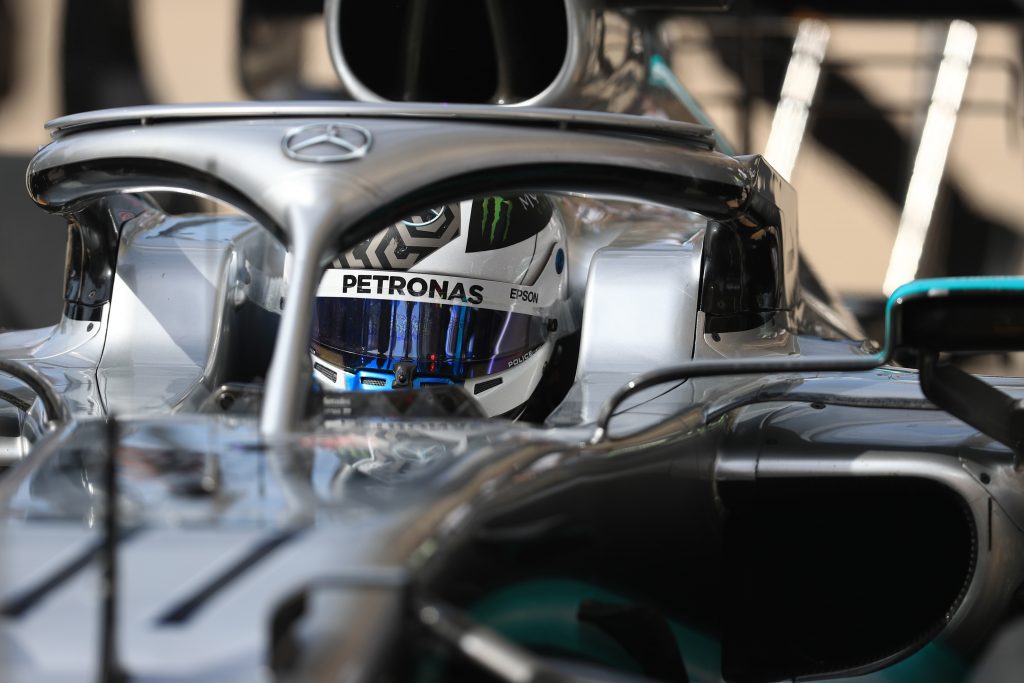 Valtteri Bottas has kept his title hopes alive by claiming pole position at the Circuit of the Americas in Texas. The Finn clocked a 1:32.029 to set a new track record at the American venue, claiming the top spot by just 0.012 seconds ahead of Ferrari’s Sebastian Vettel.

Title favourite Lewis Hamilton, who needs to score just four points this weekend in order to wrap up his sixth world title ahead of Bottas, could only manage P5 and was almost 0.3 seconds down on his teammate’s time.

Highlighting how close the times were at the top, Max Verstappen claimed P3 for Red Bull Racing but was just 0.067 off the pole position. He pipped Charles Leclerc’s Ferrari by half a tenth of a second as the Monegasque driver adjusted to a new (used) engine that was fitted to his car after FP3 due to a failure of the one he had been running earlier on Saturday morning.

Leading the battle of the midfield were the two McLaren drivers, with Carlos Sainz in P7 ahead of teammate Lando Norris. Sainz was 0.8 seconds away from pole position, with Norris 1.1 behind. The young British driver provided a shock in the Q1 session, when he topped the timing screens by a tenth over Lewis Hamilton at the end of the 18 minutes.

Daniel Ricciardo finished P9 for Renault, while Pierre Gasly rounded out the top ten in P10 for Toro Rosso. The two McLarens, as well as Ricciardo and Gasly, will start on the Soft compound Pirellis.