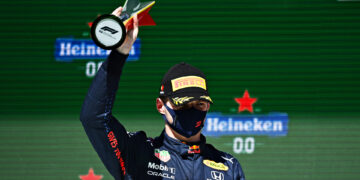 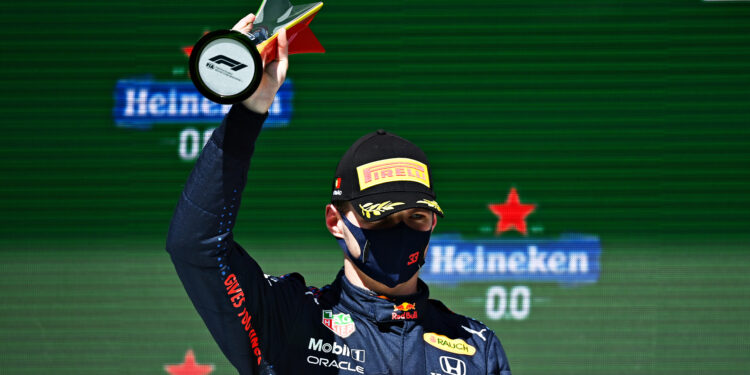 The Dutchman and Mercedes’ Valtteri Bottas battled for fastest lap at the end of the race to claim the all-important bonus point. But Verstappen was deemed to have exceeded track limits at turn 14 on his fastest run.

“Oh really? That’s a good one,” Verstappen said after the race. “That is a bit odd, because they were not checking track limits at Turn 14, but whatever.”

However, Verstappen’s comments were incorrect as updated race notes from Race Director Michael Masi confirmed that turn 14 was being monitored by the stewards.

“The track limits at the exit of Turn 14 are defined as when no part of the car remains in contact with the red and white kerb,” read the updated race notes issued prior to third practice on Saturday.

“Drivers must make every reasonable effort to use the track at all times and may not leave the track without a justifiable reason.”

Without the bonus point, Verstappen has lost ground to Hamilton in the Championship battle and slipped eight points behind.

Mercedes had the edge on Red Bull for the majority of the weekend, but Verstappen managed to get in front of Valtteri Bottas through a clever pitstop strategy. Red Bull brought the Dutchman in on lap 36 which forced Bottas to respond a lap later. Bottas did come out in front of Verstappen, but with warmer tyres, the 23-year-old cruised past the Mercedes driver.

“It was pretty decent,” said Verstappen. “I had a good restart and then I tried to put the pressure on Valtteri but in the end We just lacked a little bit of pace overall.

“Lewis got by again and after the pitstop once we settled in second you could clearly see we lacked a bit of pace. In general it was a bit of an odd weekend.”