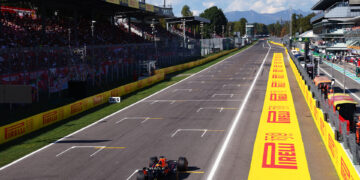 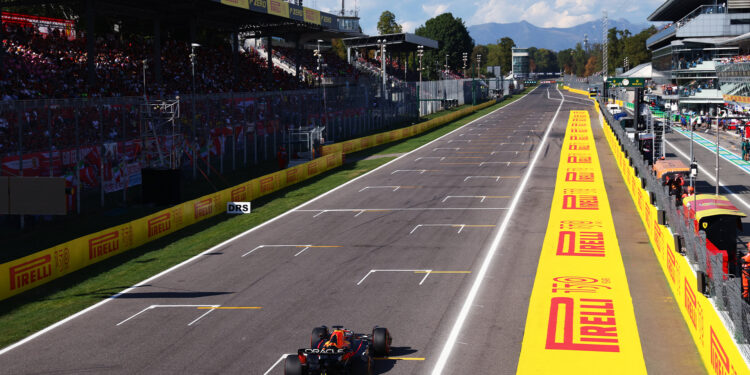 Italian Grand Prix – There will be multiple grid penalties handed out for tomorrow’s race with many drivers changing parts for the weekend.

With eight drivers having penalties to serve in Belgium, the last of those being handed out on Sunday morning, Italy already has that number beaten with the stewards giving penalties out to nine drivers so far this weekend.

Max Verstappen, Sergio Perez, Carlos Sainz, Lewis Hamilton, Yuki Tsunoda, Kevin Magnussen, Esteban Ocon and Mick Schumacher will all take grid drops though there are only three – Sainz, Hamilton and Tsunoda – being sent right to the back of the grid this time.

Yuki Tsunoda has the most penalties having received his fifth reprimand of the season last week at the Dutch Grand Prix, for driving back to the pits after loosening his seatbelts, and that means that he would have to take a 10 place drop.

On top of that though the AlphaTauri driver also changed to his 6th Internal Combustion Unit (ICE), Turbo Charger (TC), Motor Generator Unit – Heat (MGU-H) and Motor Generator Unit – Kinetic (MGU-K), all of which mean he has to start at the back. And then to top it off he was also given a three place penalty after FP2 when he didn’t slow for Yellow Flags.

Max Verstappen and Esteban Ocon have the smallest penalties, both being given five place drops for swapping to a 5th ICE. While Perez will serve a ten place grid drop for changing to a 4th ICE.

Sainz will also be sent to the back of the pack after Ferrari changed him to a 5th ICE, TC, and MGU-H, with a 6th MGU-K. The Spaniard’s car will also have a 5th new Gearbox Cases and Cassettes (GBX C&C), and Gearbox Driveline, Gear Change Components and Auxiliary Components (GBX DL), which added a ten place penalty but that won’t really make a difference.

Bottas and Magnussen will both take fifteen place penalties for changing up power unit elements the Alfa Romeo racers with his 6th ICE, and 7th TC and MGU-H, while the Haas driver will be on his 5th ICE, TC and MGU-H.

There will also be fifteen places for Schumacher in the other Haas although his came in two pieces with a five place drop for swapping to a 5th ICE, as well as ten additional positions for his 6th GXB C&C and GXB DL.

Finally, it was a 4th ICE, TC, MGU-H and MGU-K for Hamilton so he will also head straight to the back.

In qualifying this afternoon Verstappen and Sainz finished P2 and P3, while Perez and Hamilton were behind them in P4 and P5 so the Charles Leclerc on pole position will be the only one to start where he qualified. The exact order of cars is yet to be decided but it currently looks like the Ferrari racer will be joined at the front by George Russell and Lando Norris who ended Q3 in P6 and P7.