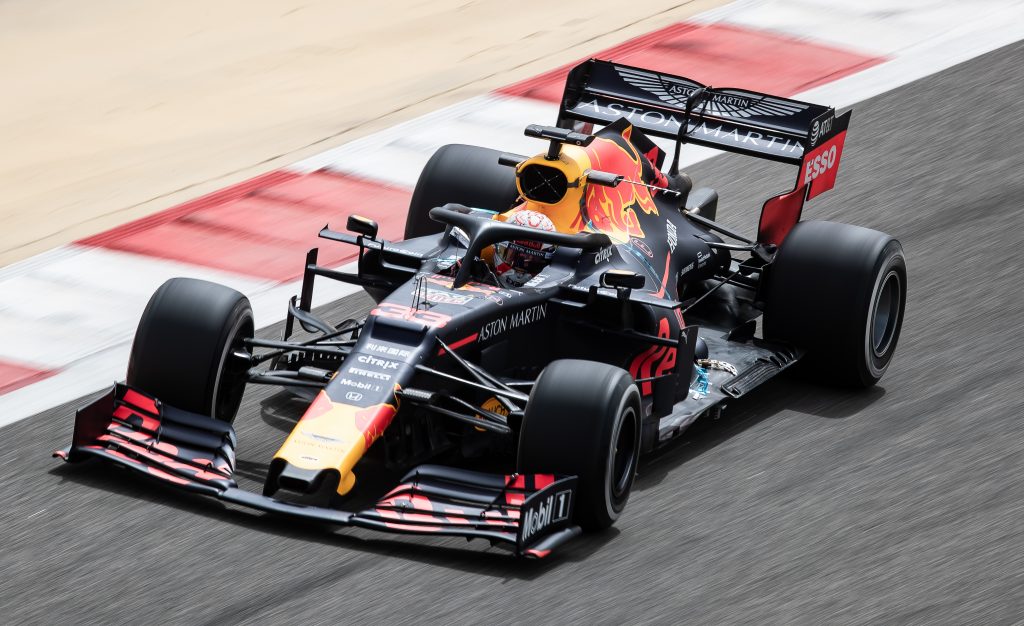 Bahrain in-season test – A final flying lap for Max Verstappen was more than enough to top day one of the Bahrain test, with debutant Mick Schumacher finishing second.

The opening day of the test was the first for Mick Schumacher who, after just one weekend in the Formula Two Championship, was handed an opportunity to sample Formula One machinery, sitting at the wheel of the Ferrari SF90.

Day one also featured a return to a Formula One session for Fernando Alonso, with the retired two-time champion stepping in to the Pirelli-assigned McLaren car to complete tyre tests.

In the dry-wet-dry conditions, it was the Dutchman who succeeded in topping the opening day after a late flurry of laps.

Haas’ Romain Grosjean had topped the ‘morning’ segment of the day with a 1:30.982 and, although no official lunch break is declared, rain prompted all teams to return to the pits until the track was in a dryer state.

With the Frenchman’s lap time not being troubled until the final hour, it was the Red Bull driver who first beat the target time with a 1:30.358.

However, Schumacher – who spent most of the morning in the bottom half of the order – was sent out for a final foray onto the track, and duly beat Verstappen’s lap with a 1:30.222 and then a 1:29.976 to put Ferrari at the top of the timing screens.

Any fans’ hope of Schumacher taking P1 was dashed in the final moments of the day as Verstappen set the final benchmark of 1:29.379 to go almost six tenths faster than Schumacher.

Lando Norris’ late effort put him in third place, 1.4 seconds off the pace, ahead of Grosjean, Toro Rosso’s Alexander Albon and Mercedes’ Lewis Hamilton, who completed the most laps of any driver and conducted longer runs throughout the day.

Notable driver swaps for Wednesday’s running include Schumacher, who will drive the Alfa Romeo, and George Russell, who will take the wheel of the Mercedes.

To view the full results of the day, click here.