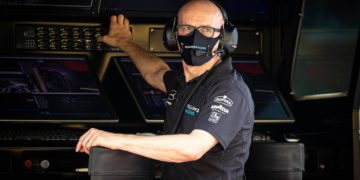 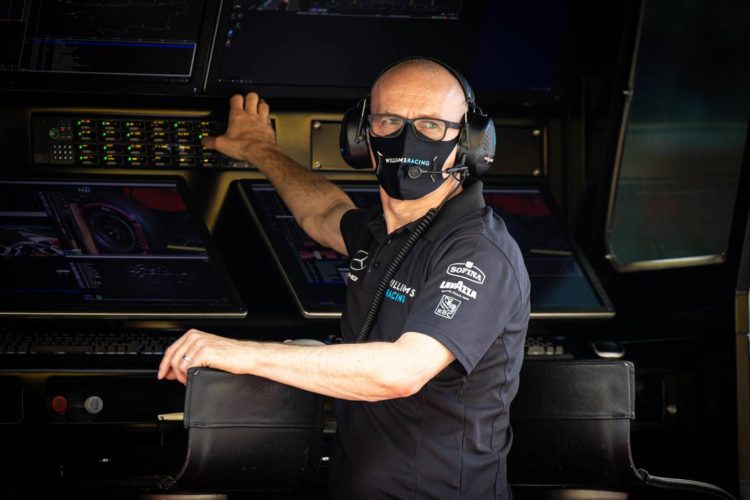 Turkish Grand Prix – Interim team boss at Williams, Simon Roberts, will miss this weekend’s race in Turkey as he has tested positive for COVID-19.

Simon Roberts, who is currently as Williams’ Team Principal following the departure of Claire and Sir Frank Williams from the team, will miss this weekend’s race in Turkey.

Dave Redding, who is Team Manager, and Adam Carter, Chief Engineer of Vehicle Design, will take over the responsibility of overseeing the team’s work this weekend in Istanbul.

Roberts, who the team say is otherwise feeling well, didn’t come into contact with other members of the team since the last race at Imola.

A short statement from the team said: “Williams Racing can confirm that Acting Team Principal Simon Roberts has tested positive for COVID-19 prior to travelling to Istanbul for this weekend’s Turkish Grand Prix.”

“Simon returned a negative test on Monday during the team’s regular COVID testing schedule, however after displaying minor symptoms he underwent a further test this morning which returned a positive result. Simon is feeling otherwise well but will now isolate for the required 10-day period as per UK national guidelines whilst supporting trackside operations remotely this weekend. Dave Redding, Team Manager, and Chief Engineer of Vehicle Design, Adam Carter, will assume his responsibilities on the ground in Turkey.”

“Simon Roberts has not been in close contact with any other members of our race team, and the team will continue to operate trackside as planned.”

“As a team, we have been taking part in a robust testing plan alongside adhering to the FIA Covid guidelines.”

Roberts is the first team boss to have tested positive for the virus. Both Racing Point drivers Sergio Perez and Lance Stroll have contracted it earlier this year, although both have now fully recovered.

Elsewhere, the final selection process of the FIA’s Women in Motorsport programme has had to be postponed. Four female drivers travelled to Fiorano with Ferrari, with the goal being to select one of these drivers from an initial pool of twenty. The winner will be taken into the Ferrari Driver Academy with a campaign of Italian F4 in mind.

However, the two days of track time at Fiorano have been postponed indefinitely as one of the four drivers tested positive for COVID-19. Ferrari say there has been no contact between the driver and the race team, directly or indirectly.