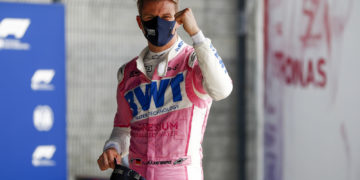 Nico Hulkenberg aiming to ‘keep the car where it deserves’

Nico Hulkenberg aiming to ‘keep the car where it deserves’ 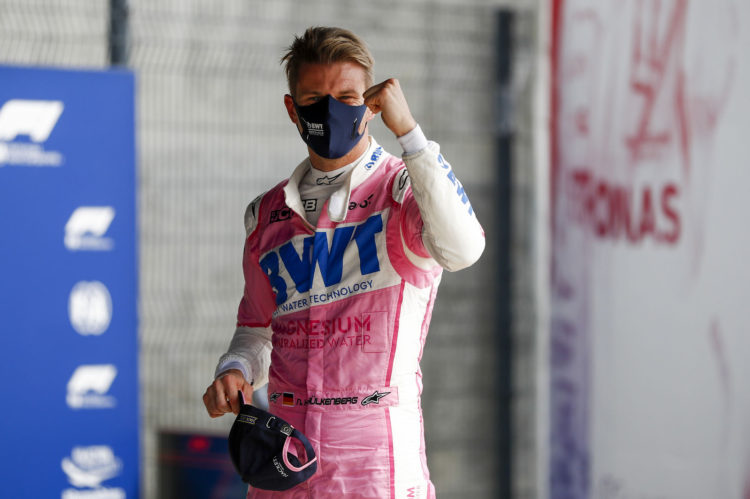 70th Anniversary Grand Prix – Nico Hulkenberg is targeting a podium finish in Sunday’s race at Silverstone, as he was one of the stars of qualifying.


Nico Hulkenberg will have a chance of getting a podium on Sunday, thanks to a stellar qualifying performance at Silverstone. The Racing Point driver, who stayed on in the cockpit of the car this weekend after Sergio Perez tested positive again for COVID-19, was best of the rest behind the Mercedes drivers. It was a stunning performance, considering it’s only his second qualifying session in the car after jumping into it for the first time last Friday.

“I think we always had good one-lap pace this weekend.” said Hulkenberg, who pipped Max Verstappen to place P3 on the Soft tyres. He’ll start on the Medium compound. “I was pretty confident we could make it into the top 10. To be third, couldn’t really expect that and didn’t really expect that to be honest. Of course a bit of a surprise but for today a nice one to take.”

Hulkenberg hasn’t had a chance to take part in a race yet, having been forced out before the start last weekend. He says he doesn’t feel quite as race sharp as he could, but that he knows the RP20 provides a strong package to possibly claim his first ever podium finish.

“To be honest, it’s very challenging and difficult circumstances but I know I have a fast car beneath me. So it’s just trying to make sure to do everything right. Obviously it’s starting lap one. It’s going to be also new for me but I think I’ll just try to get it right with all the experience that I have and then we’ll race. Obviously a couple of races behind the other guys but I still remember what it feels like. Just try not to think too much, keep my head down and have a good race tomorrow.” said Hulkenberg.

“The long runs yesterday were quite good. I felt comfortable in the car and, I think, better than last week.” he continued. “I think the team found some good things and made some improvements there in terms of race pace, so that should hopefully help. Tyres is the least of my worries because I think they’re still pretty similar to the last few years and kind of know what to expect – but everything else is obviously going to be new and kind of the first time, so that side is obviously more exciting and a bit more difficult.” said Hulkenberg.

“I’ll try to learn fast and to keep the car where it deserves to be.”