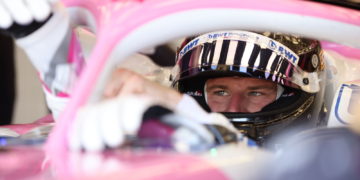 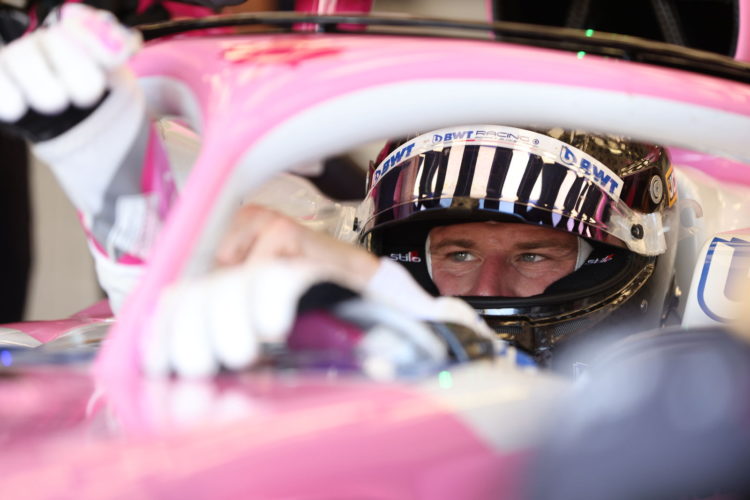 British Grand Prix – Racing Point’s RP20 is a ‘massively fast’ machine, says Nico Hulkenberg after taking the wheel of the car in place of the sidelined Sergio Perez.

Nico Hulkenberg has praised the Racing Point RP20 after his first day driving it, after being parachuted in to replace Sergio Perez for this weekend’s British Grand Prix. Perez was diagnosed with COVID-19 on Thursday, meaning he can’t take part in this weekend’s race as he’s in quarantine. Former teammate Hulkenberg was given the call up, and he explained how he went from being an F1 bystander to returning participant in the space of just a few hours.

“The last 24 hours have been a bit special, crazy and wild,” Hulkenberg said. “At 4:30 PM yesterday I got the call, took the plane here, had a seat fitting until 2:00 AM, 8:00AM this morning into the simulator for an hour, a bit of prep work, it was a short night!”

“But [it was] all worthwhile. [A] great effort by the team, want to thank the team and the night shift guys who did an amazing job to fit me in the car quite comfortably, and the FIA for turning it around so fast with the super licence.”

Hulkenberg required a negative COVID test of his own before he could enter the F1 paddock at Silverstone, meaning he only got into the circuit ten minutes prior to FP1. Sprinting his way to the garage, he was on track just a few minutes after the session started. After a reasonably cautious first flying lap, he quickly increased his pace and it was like he was never away. He logged 23 laps in first practice, finishing with a best time good enough for P9 and half a second away from teammate Lance Stroll in P3.

Heading into FP2, the difference in experience with the car started to show. Putting on the Soft tyres, Stroll was able to unlock a little bit more extra pace and finished as fastest man overall. Hulkenberg was just over 0.6 seconds away on the same compound, but still a very respectable P7 considering his mileage experience is only roughly the equivalent of driving until lunchtime on the opening day of pre-season testing in Barcelona.

“I got to grips pretty quickly with things, it’s just getting used to the steering wheel a little bit and the functions. We didn’t have heaps of time because I had to be tested as well.

“But the real deal today, we’ve got the programme in, got many laps in, which I feel – I’ve really been thrown into the cold water here.”

Praising the RP20, which is potentially the second quickest car on the grid, Nico said: “You can see there’s huge potential and the car is massively fast. I didn’t exploit the soft tyre that well, I have a bit more in the bag. I need to use that tyre better.”

Despite his preparedness in terms of fitness, Hulkenberg says he expects to feel some backlash from his body over the coming days. Silverstone is one of the most fearsome tracks for drivers in terms of G forces, with Copse, Maggots, Becketts and Stowe all extremely fast corners with extreme pressure placed on the driver’s necks.

“The G-force it’s tough to train for because it’s so unique, it’s so special. Even though I’m in decent shape, this kind of G-force, especially around here, one of the fastest high-speed tracks, in 35 degrees, the hottest day of the UK so far… I got the best of everything!

“I think my body will feel it tomorrow and the day after. It’s obviously a huge challenge but I’m not shy of that one.”

Hulkenberg raced for Racing Point when they were known as Force India, driving for them between 2012 and 2016 with a year away at Sauber in 2013. With such familiarity behind him, Nico said he felt pretty comfortable straight away with a lot of friendly faces: “Many of the old faces are here, so that helps to feel at home, going to a place with people that you know, that’s obviously a small benefit,”

“I tried to take it step by step today, get used to the car. It is quite different to last year. It does take time to inhale everything, understand it and know how you have to drive it.”