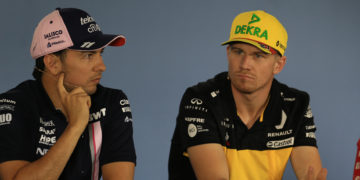 Nico Hulkenberg steps in to replace Perez at Racing Point

Nico Hulkenberg steps in to replace Perez at Racing Point 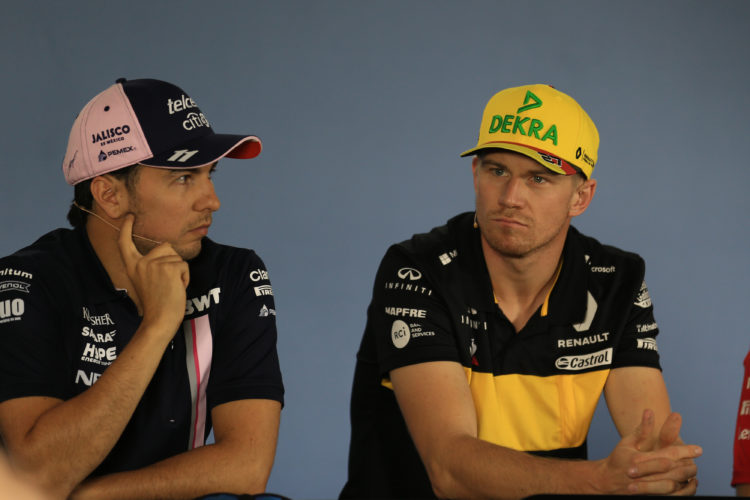 British Grand Prix – Nico Hulkenberg has returned to F1 to race with Racing Point at Silverstone this weekend, in place of the sidelined Sergio Perez.

Nico Hulkenberg has stepped in to fill the empty seat left by Sergio Perez at Racing Point this weekend. The Mexican driver has been forced into quarantine after testing positive for coronavirus ahead of the British Grand Prix, forcing the team to bring in an alternative driver.

Hulkenberg has been on the sidelines since the end of last season, with Renault dropping him in favour of Esteban Ocon – leaving Hulkenberg without a seat for 2020. However, he was the most obvious choice for Racing Point to call up in this type of situation. With very recent F1 experience and a valid superlicence, Hulkenberg was the preferable option over the next likely candidate Esteban Gutierrez. The Mexican is a reserve driver for Mercedes in Formula E and is available, along with Stoffel Vandoorne, to Racing Point as part of their Mercedes power unit supply deal.

Racing Point pointed to Hulkenberg’s recent experience as making him the ideal candidate to stand in for Perez, and also said that Nico’s familiarity with the team from his Force India spell will ‘prove invaluable’.

“Having to find a replacement for Sergio at short notice is no easy task, but in Nico we’ve got a fantastic supersub who the team knows very well.” said team boss Otmar Szafnauer. “He’s certainly being thrown in at the deep end, but he’s a fast learner and I’m sure he will get up to speed quickly.”

“I was on my way to the Nürburgring for another racing project when the call from Otmar came.” explained Nico Hulkenberg. “That was less than 24 hours ago, so it feels a bit surreal for me right now, but I like a good challenge and this is certainly one. It’s obviously a difficult situation for Racing Point and Checo. He’s a buddy of mine, an old team-mate and I wish him a speedy recovery. I’ll step in and try do the best I can for the team!”

Meanwhile, pictures have emerged of Sergio Perez travelling through Mexico and Italy with his wife during the break between Hungary and Silverstone, which could be the source of where the Mexican driver picked up the virus.