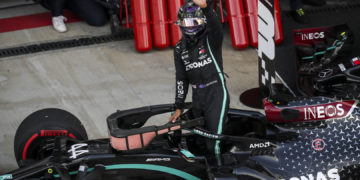 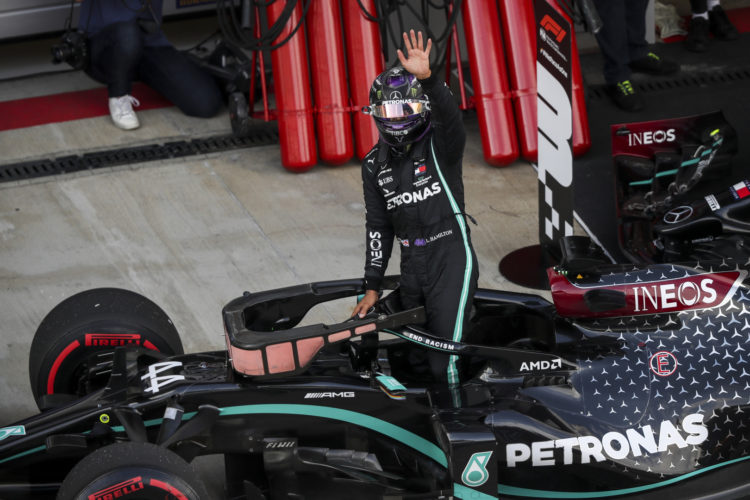 Russian Grand Prix – Lewis Hamilton has held onto his pole position at the Sochi Autodrom, after a stewards investigation after qualifying.

Lewis Hamilton will start Sunday’s race from pole position after a stewards investigation warranted no further action. The Championship leader was investigated for running wide at Turn 2 in Q1 and not staying left of a bollard designated specifically for such a moment. Having failed to follow the race stewards notes Hamilton, along with Williams’ Nicholas Latifi, and the Haas drivers Kevin Magnussen and Romain Grosjean, were all summoned.

The stewards have since said no further action will be taken, but that such an incident in the race would likely trigger a time penalty:

“The driver left the track at turn 2 and did not manage to re-join the track as defined in the Event Notes. The driver accepted that he had not followed the instructions and further he accepted that in a race there would be a penalty.”

“The Stewards determined that there was no advantage, as the relevant lap time was deleted. The Stewards remind all teams and drivers, that a failure to negotiate turn 2 as defined in the Event Notes during the race will likely lead to a 5 sec time penalty.

“That was one of the toughest Qualifying sessions I can remember, proper heart in your mouth the whole way.” said Hamilton afterwards.  “The first lap in the final session was really great, and I thought it would be difficult to improve, but I managed to find a tiny bit on the second lap. It’s nice to take pole position, but this track is probably the worst place to be on pole, due to the long run to the first braking zone.”

“So, I’m expecting a tough fight down to Turn 2 and a challenging race, especially as I’m starting on the Soft tyre, which is a good compound for the race start but is the worst tyre for the opening stint. We’ll sit down tonight and figure out the best approach to the race.”